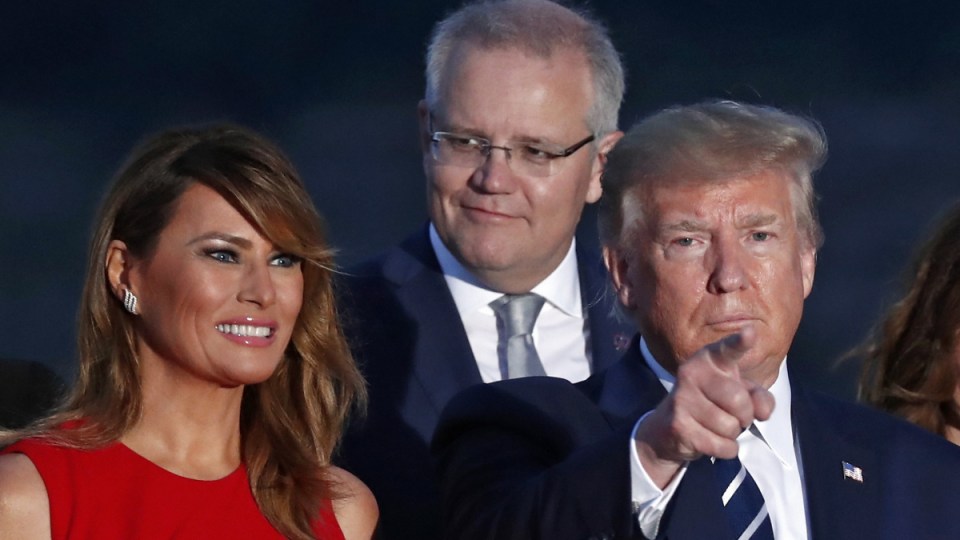 Mr Morrison and Mr Trump with US first lady Melania Trump at the G7 in France in August. Photo: AAP

Trade and investment with a side of space exploration will dominate Scott Morrison’s visit to the US this week.

The Prime Minister and his wife, Jenny, will leave for Washington on Thursday.

They will be hosted at a state dinner in the US capital on Friday (local time). Mr Morrison is only the second world leader Mr Trump has offered a full state dinner since he became President in January 2017 – the other was French President Emmanuel Macron.

“There is no deeper friendship than that which exists between Australia and the United States,” Mr Morrison said on Monday.

“We see the world through the same eyes, with shared values and a deep commitment to promoting peace, liberty and prosperity.”

Beautiful Saturday on the South Lawn of the @WhiteHouse. Members of the military are rehearsing for Friday’s State Visit with Australia. Thank you to all who serve our great nation! pic.twitter.com/ZNpTFk72If

Mr Morrison is expected to again press Mr Trump to end trade tensions with China, which is having a collateral effect around the world, including in Australia.

The two leaders are likely to discuss national security matters, including Australia’s participation in a US-led mission to protect oil ships in the Strait of Hormuz.

At the UN, Mr Morrison said he would “deliver Australia’s national statement and advance Australia’s interests in the protection of the oceans and preventing terrorist use of the internet”.

However, the prime minister will not attend the UN climate change summit. Foreign Minister Marise Payne will attend instead.

The White House said the Wapakoneta factory tour would underscore the strong trade and investment relationship the US and Australia have.

Investment between the two nations is worth $1.2 trillion a year.