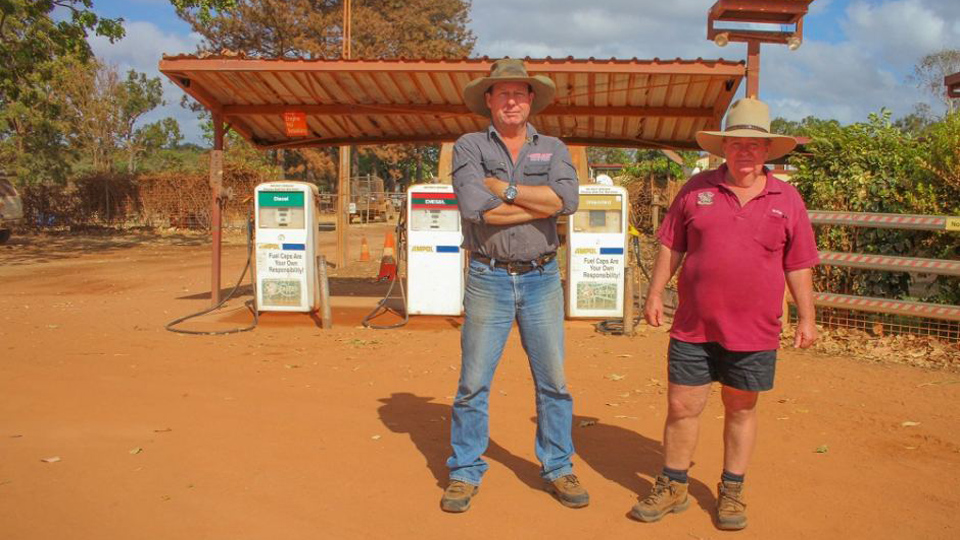 There is concern about a decision to award a dangerous mobile blackspot in one of the country’s most remote areas to Optus.

The Archer River Roadhouse, in the middle of far-north Queensland’s Cape York, does not have mobile reception and an often unreliable landline service, which can leave the business cut off from the world for weeks at a time.

Owner Brad Allan was considering installing his own mobile phone tower — at a cost of about $30,000 — until the area was selected in the fourth round of the Federal Government’s $380-million Mobile Black Spot Program.

But Mr Allan said the relief had been short-lived, with the news that Optus had been awarded the contract to install a satellite small cell service on the roof of his roadhouse.

The Telstra network covers the bulk of Cape York and the Torres Strait — other networks are almost non-existent.

“To go and put Optus services in the middle of a Telstra-dominated area, it’s just ludicrous,” Mr Allan said.

“We’re all Telstra customers up here. We might as well have nothing because we haven’t got anything now.

What is everyone going to do? Buy an Optus handset so they can travel through here?

Optus has also been given the contract to install a satellite small cell service at the equally remote Musgrave Station, in Cape York.

He said the majority of Indigenous communities in Cape York, including Lockhart River, only had access to Telstra services and that residents travelling by car south to Cairns had to pass through both Archer River and Musgrave Station.

“It is absolutely of no use to us because we only have Telstra phones,” Councillor Butcher said.

“There’s no point in having Optus covering blackspots because it won’t help us at all.”

A spokesman for Optus said Telstra customers would be able to use the emergency triple zero service.

“Australians want competition and choice and, with a premium national mobile network and great value, we will continue to invest in regional Australia rather than entrench a monopoly in remote locations,” the spokesman said.

But the Federal Member for Leichhardt, Warren Entsch, said he had been assured by senior Optus staff during a meeting in July, that the company would enter into a “sharing” deal with Telstra.

“I will be speaking with Optus and the Federal Communications Minister to ensure that happens,” Mr Entsch said.

A spokesperson for the Federal Department of Communications said “in some cases, mobile phone users may choose to use a dual-SIM mobile phone, which enables the use of two service providers at the same time”.

Mr Allan said thousands of residents and travellers passed through the remote stations each year.

He said having an adequate mobile phone service was not only better for business, but could save lives.

The Royal Flying Doctor will not land on the airstrip unless he speaks to me, so if your phone is out, they can’t land,” Mr Allan said.

The Federal Government’s $380-million Mobile Black Spot Program began in 2015 and is currently in its sixth round of funding.

The program is also being co-funded by state and local governments, as well as carriers including Telstra, Optus and Vodafone.