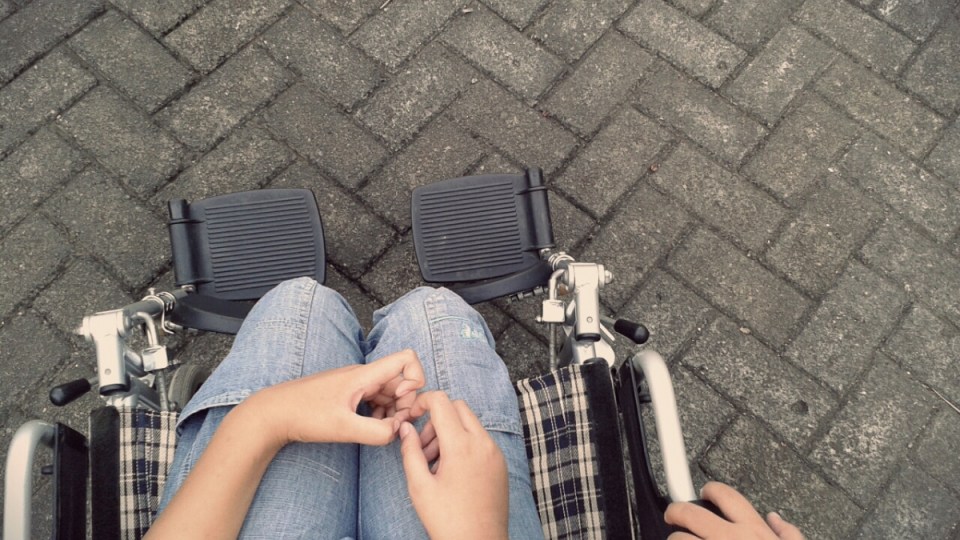 Hell will freeze over before disability advocate Craig Wallace gives evidence to the royal commission as it stands.

He is among dozens of disability advocates and organisations who have called on commissioners John Ryan and Barbara Bennett to step down over a perceived conflict of interest.

Both are former bureaucrats who oversaw parts of the disability system, and Mr Ryan was also the NSW shadow minister for the sector.

Mr Wallace takes no comfort from assurances by the commission, which began hearings on Monday, that it has well-established mechanisms to deal with perceptions of bias or conflict of interest.

“They’ll have to both recuse themselves, so in other words not be involved, in vast swathes of the royal commission’s work, probably the majority of it,” he told reporters in Canberra on Monday.

“So my question is, why are these people there?”

Royal commission chair Ronald Sackville acknowledged the controversy at the opening but said there was nothing unusual in such inquiries having to manage conflicts – in fact, it was almost inevitable.

Labor spokesman for disability issues Bill Shorten says the calls for them to step aside are understandable.

“If they’ve got specialist insight, they should be witnesses,” he told Sky News on Monday.

The commission says no more than three or four of the seven commissioners will participate in any public hearing, and the chair will not let anyone sit on a hearing if there are perceptions of conflicts or bias.

Only commissioners who participate in hearings will contribute to reports based on the evidence given.

Mr Sackville said the overriding consideration for the conduct of private sessions was the safety, security and comfort of those individuals.

“Under no circumstances will anyone be asked to tell their story to a commissioner with whom they do not feel comfortable,” he told the hearing in Brisbane.

Mr Wallace experienced violence in a NSW Anglican-run church camp and a residential school in the 1970s.

“Hell will freeze over before I give evidence to a royal commission which includes somebody who managed NSW institutions and is a prominent Anglican lay preacher,” he said.

“If people feel able to tell their stories to these commissioners, that’s great.

“But for us as disability advocates, we feel that the commission is currently so compromised that we need to withdraw our evidence until we’ve actually seen this fixed.”

Mr Shorten urged anyone contemplating a boycott to stick with the process.

“I understand and support your concerns but this is a once-in-a-lifetime opportunity to be heard and I would say please tell your stories,” he said.

Only the ACT, South Australian and NT ministers replied.

ACT minister Rachel Stephen-Smith supported the calls from advocates for the pair to be dropped, and said her government had never suggested either as potential commissioners.