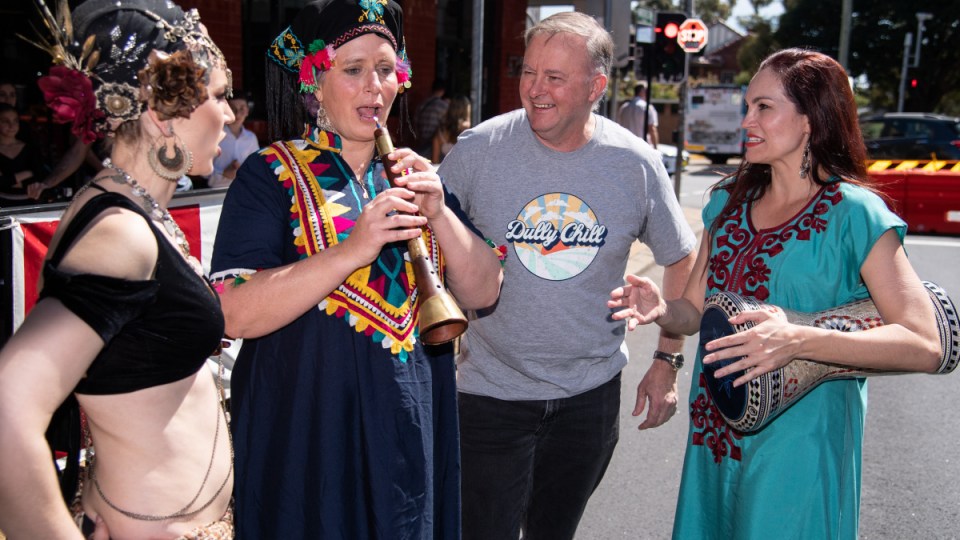 Anthony Albanese at a Sydney community fair on Sunday when he made the announcement. Photo: AAP

Anthony Albanese has flagged a complete overhaul of the party’s climate change policies, including the likely scrapping of Bill Shorten’s 45 per cent emissions-reduction target by 2030.

On Sunday, the Labor leader confirmed the new focus on a longer-range target of achieving net-zero emissions by 2050.

Mr Albanese said it was time to overhaul the policies, given the 45 per cent reduction timetable was predicated on winning the 2019 election.

“We need strong action on climate change. We want to work towards zero emissions by the middle of this century.”

Mr Albanese said Labor’s commitment to climate-change action remained unchanged and was not being diluted.

The Labor leader flagged a series of “vision statements” over the next six months outlining a new policy agenda beginning with jobs, the future of work and the economy.

“Well, obviously we should meet our international obligations, and obviously we want a strong economy. The difference between Labor and the government is that there is no debate within the Labor Party about whether climate change is real, about the science,” he said.

And there’s no debate over whether we need strong action. We support the science. The science tells us that we need to act.’’

“What I have said is all our policies are up for review, exactly what medium-term targets numerically are, whether it’s 2030 or 2035, given the passage of time, is something we’ll engage over in the next couple of years.

“People can be assured it would be a medium-term target utterly consistent with the best scientific advice about how we meet those commitments in the Paris Agreement and keep global warming well below 2 degrees [Celsius] and pursue efforts around 1.5 [degrees Celsius].

“That is our generation’s responsibility to our children and our grandchildren.”

On Saturday, former Nationals leader Barnaby Joyce made his own statement on the climate change debate, auctioning a lump of coal at the Nationals’ federal council. It sold for $800.