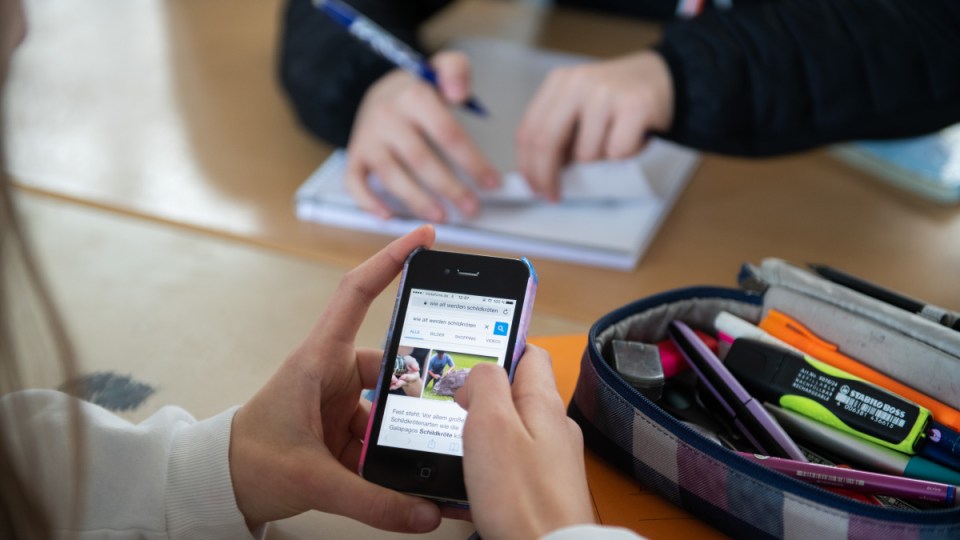 Mobile phones could be banned in classrooms around Australia. Photo: Getty

A push by the federal government to impose an immediate ban on mobile phones in Australian classrooms has divided education professionals across the country.

The technology crackdown, raised by Federal Education Minister Dan Tehan, is intended to curb cyberbullying and follows Victoria’s decision to introduce a phone ban in all state schools from next year.

Mr Tehan met with state and territory counterparts on Friday to persuade them a ban on phones during class time would help alleviate anxiety and depression, as well as combat cyberbullying among students.

“We’re also starting to see a causal link when it comes to social media and the impact that is having on student wellbeing,” Mr Tehan told ABC radio.

“A lot of my mates are struggling with it as a distraction, whether it be girlfriends or social media,” Josh told The New Daily.

“There are different types of cyberbullying too – sometimes I see students take photos of other students on their phones … and then bring it up when they’re at home.”

But not everyone is convinced forbidding mobile phones in classrooms would be the best way to curb cyberbullying, with the proposal leaving educators and cyber security experts deeply divided.

Australian Education Union federal president Correna Haythorpe said mobile phones were an “intrinsic part of everyday life” and that teachers had a responsibility to educate students about how to self-manage their use of technology.

“Bans can often work to make something more attractive instead of solving the problem,” Ms Haythorpe said.

“I don’t think it’s going to solve the issue of cyberbullying, because cyberbullying happens outside of school hours anyway, such as in the afternoon or on the school bus home,” Mr Ray, founder of Cyber Safety Project, told The New Daily.

“If we look over history, banning things won’t work and kids will find a way around it.”

Instead of outlawing phones, Mr Ray said parents and teachers needed to educate children to self-regulate their own use of technology.

“Self-regulation is what we need to be teaching kids,” he said.

“If kids aren’t able to learn how to do that in school time, then they’re just going to become adults who don’t know how to regulate their own use of technology.”

But supporter of the ban, education consultant Dr Catherine Scott, argued a major benefit of removing mobile phones from the classroom was to limit distractions for students.

“Research shows that even just having the mobile phone in the vicinity is a distraction and you want kids to be concentrating on the work they’re supposed to be doing.”

Dr Scott said it was unfair to expect teachers to monitor mobile phone use in addition to all of their other teaching responsibilities.

She also batted away concerns about parents needing to phone their children in emergency situations, suggesting they “just do it the old-fashioned way” and contact the school directly.

Australian Catholic University’s head of education in Victoria Dr Matthew Zbaracki backed Dr Scott’s support of the ban, adding it was “not the job of an educator to teach children how to use a phone”.

“A lot of the responsibility has been pushed onto schools but the phones are not coming from schools – they’re not requiring the phones,” Dr Zbaracki said.

“Not every person has to have a phone, but we all need proper literacy or numeracy skills.”

In response to concerns about the logistics of enforcing the ban in schools, Dr Zbaracki said that like any new program, a ban on mobile phones needed to be a “school-wide commitment”.

“The entire school needs to back that policy – it can’t just be the responsibility of a single teacher,” he said.