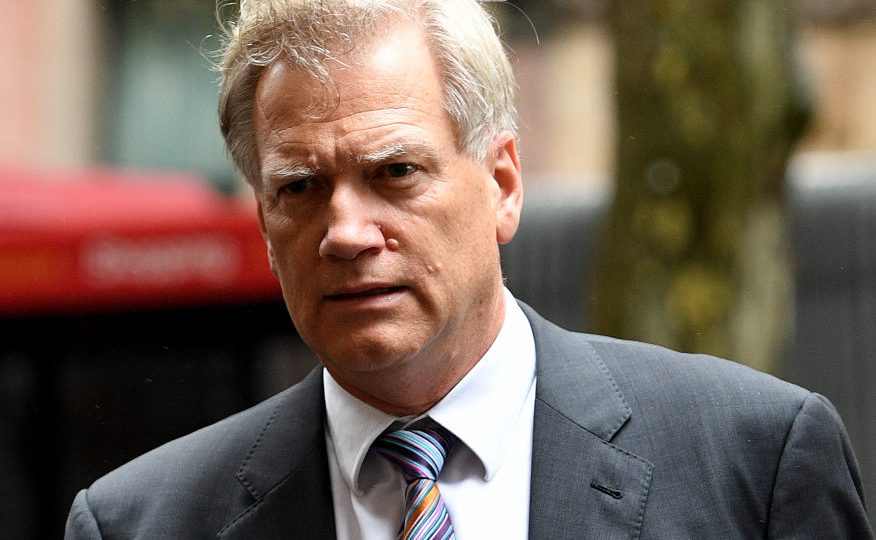 Sky News host Andrew Bolt has unleashed on Scott Morrison for his “disgusting and despicable” decision to “play the race card” in his defence of rookie MP Gladys Liu.

Accusing the Prime Minister of insulting every Chinese-Australian who believes in freedom, the conservative broadcaster warned that the Liberal Party had real questions to answer over its links with Chinese foreign influence operations.

“Extraordinary! Are the dictators in Beijing now writing Morrison’s lines?

“Morrison is offensive not just to everyone asking legitimate questions about Liu’s associations and untruths, from ASIO to Labor, and including many journalists.”

Mr Bolt is a traditional ally of the Morrison Government but drew the line at endorsing the Prime Minister’s political tactics on an issue of national security.

“What a dishonest tactic. It is dishonest because no one is criticising Gladys Liu just for being Chinese. No one,” he told Sky News.

“They are criticising her and asking her tough questions about whether she’s been too close to the Communist regime of China. They’re wondering why she served its propaganda arm. They’re asking why she didn’t tell the truth about that.”

The controversy over Ms Liu reignited this week after an ABC report that she was a member of a Chinese group that was linked to foreign influence operations. Bolt interviewed Ms Liu on Tuesday night, when she denied the claim before issuing a statement admitting she had been a member, briefly, but suggested her name was added without her knowledge.

“Is it truly racist to ask why Liu is so reluctant to criticise China, given how close she’s been to China’s propaganda arm? What rubbish,” Bolt said.

“This is Scott Morrison using the race card to protect Liu from the questions and criticisms she would get even if she was as non-Chinese as say, Sam Dastyari, who was actually forced to resign as a Labor senator for himself getting too close to the Chinese regime.

“Likewise, if I say I hate the Communist Chinese regime, its oppression, its aggression, that does not mean I hate all Chinese people.

“What an insult that is to the democracy activists who fled here from the Tiananmen Square massacre,” he said.

Earlier, Ms Liu wept in Parliament as the Prime Minister accused Labor of a “grubby smear” on all Chinese-Australians in its pursuit of her links with Communist-backed foreign influence organisations.

A tearful Ms Liu was passed tissues by colleagues as the Prime Minister hailed her triumph over domestic violence, disability and racism and refused to answer Labor questions over whether intelligence agencies, including ASIO, had raised concerns over her background.

“Just because someone was born in China doesn’t make them disloyal. What the Member for Isaacs is doing is casting a smear on Chinese Australians.”

Earlier, Mr Morrison said it was a “question for others” to decide if the attacks on Ms Liu were verging on racism. But he said he would not support her being investigated by the intelligence agencies.

“Let’s be clear, Gladys gave a clumsy interview. She is a new member of Parliament,” Mr Morrison said.

“If that were the grounds for which people weren’t sitting in the Parliament, it would be a pretty empty place.”

Mr Morrison’s dismissal of her contradictory statements on links to Communist-backed foreign influence operations as simply “clumsy” then gave way to an endorsement of Ms Liu’s personal triumphs.

“Let me tell you about Gladys Liu. Gladys Liu, yes, was a Chinese-born Australian. Born in Hong Kong, Gladys has overcome incredible challenges to be a member of this place.

However, Mr Morrison insisted her case was in no way comparable to former Labor Senator Sam Dastyari, who quit politics after a scandal involving Chinese donations.

“Let me tell you what Gladys Liu hasn’t done. She hasn’t had someone pay for her legal expenses which we understand was up to about $40,000 in the case that Labor wants to create an equivalency over.

“She didn’t take travel expenses personally. She didn’t stand at a lecturn like this in Sydney … and advocate for a change in her party’s policy on the sensitive issue of the South China Sea. She didn’t do any of these things.

“Gladys Liu is part of a community. She is a great Australian. There are 1.2 million Australians of Chinese heritage in this country. This has a very grubby undertone in terms of the smear that is being placed on Gladys Liu and I think people should reflect.”

Mr Morrison deflected questions on whether ASIO had offered any warnings about Ms Liu standing as an MP as an improper question he could not answer or disclose.

“Anyone who takes the management of our national security issues – and how we deal with security agencies – seriously and to ensure that that is never compromised, to ensure that it is always carefully attended to, always knows that you are never in a position to be able to offer commentary on inquiries of that nature,” he said.