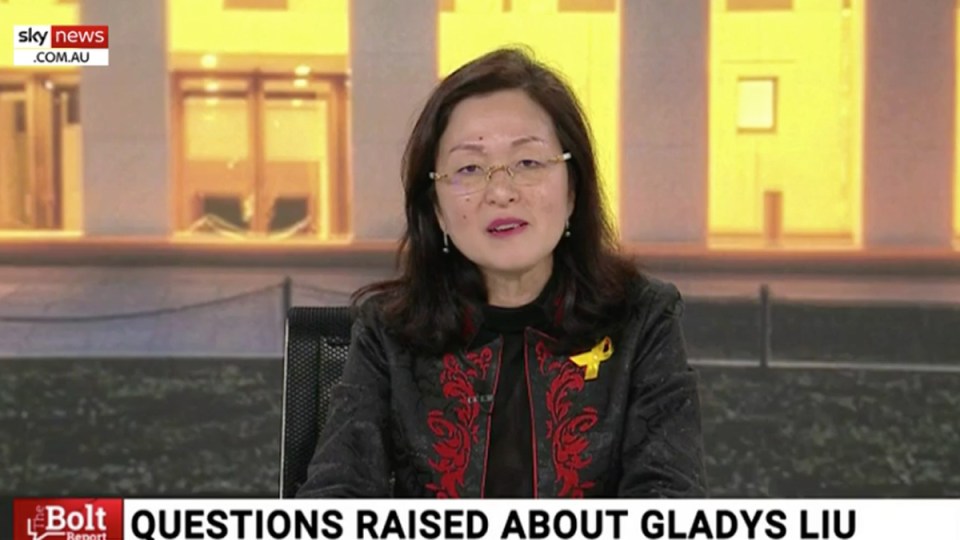 The Chisholm MP also would not say China’s actions in the South China Sea are unlawful.

Ms Liu appeared on Sky News’ The Bolt Report on Tuesday night after an ABC story claimed she was an office-holder with two organisations that were later rolled into China’s United Front propaganda arm.

She said she could not recall whether she had been a council member for two China Overseas Exchange Association chapters from 2003 to 2015.

“If I can’t recall, I can’t be an active member of that council, can I?” she told Sky News host Andrew Bolt.

Ms Liu said she was a member of the Chinese Professional and Business Association, which she mentioned in her first speech to parliament.

“I have no knowledge that that organisation was part of whatever influential China body. If it was, it was definitely not during my time,” she said.

Ms Liu was also asked multiple times if she believed China’s claim to the South China Sea was unlawful, but she refused.

“My understanding is that a lot of countries (are) trying to claim ownership, sovereignty of the South China Sea, because of various reasons and my position is with the Australian government,” she said.

“I want to make sure that Australia’s interests are put first and foremost, and if it is going to affect our trade, or our air travelling, then definitely that is something I would not support.”