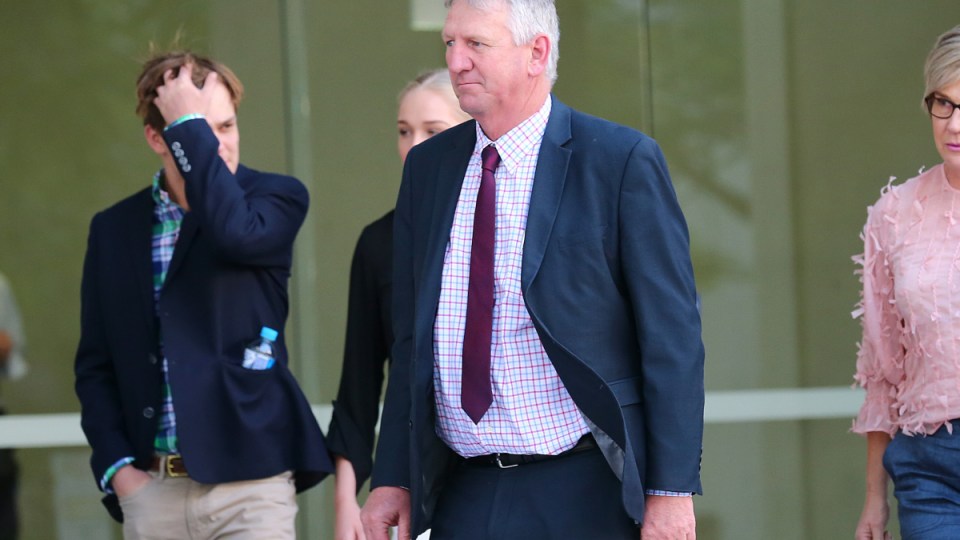 A wealthy Queensland family awarded a record Australian defamation payout from Alan Jones and his employers for incorrect flood death accusations was also defamed by the Nine Network.

Toowoomba’s Wagner brothers sued over a 60 Minutes report from May 2015, with a jury on Friday determining it incorrectly insinuated they were responsible for the 2011 flood in Grantham which killed 12 people.

The four-person Brisbane Supreme Court jury also found prominent journalist Nick Cater defamed the Wagners in comments he made in the report.

The court has now begun to determine damages, with a plaintiff Denis Wagner giving evidence before Justice Peter Applegarth.

Denis, John, Neill and Joe Wagner say the report by Sydney journalist Michael Usher insinuated the collapse of a wall of a Lockyer Valley quarry they owned caused a “man-made catastrophe”, in which a two-year-old girl died.

The report, entitled ‘The Missing Hour’, described the wall of water that fatally swept through Grantham as an “inland tsunami”.

The report does not expressly blame them for the deaths but the family believes it led people to believe they caused the disaster, sought to cover it up and refused to answer to the public.

The jury agreed with all of the Wagners’ claims.

Their barrister, Tom Blackburn SC, took issue with repeated statements by Mr Usher and Mr Cater, quoted as an expert, claiming it was an act of God turned deadly by the failings of men.

The report said there was a “cruel injustice” at play.

Mr Blackburn said the Wagners’ description as one of Australia’s wealthiest families who refused to take part in an interview prejudiced them as selfish and evasive.

He said he felt “disillusioned”, stressed and angry when he saw the report.

The respondents’ barrister, Rob Anderson QC, denied the defamatory insinuations were conveyed, saying the case against them relied on cherry-picking the report.

He said the Wagners were being sensitive.

A year ago, influential Sydney broadcaster Jones, his radio station 2GB and Brisbane’s 4BC were hit with a record defamation payout of $3.7 million the same court.

The court found Jones and his co-defendants could not defend the defamatory comments that the Wagner family was responsible for the deaths.