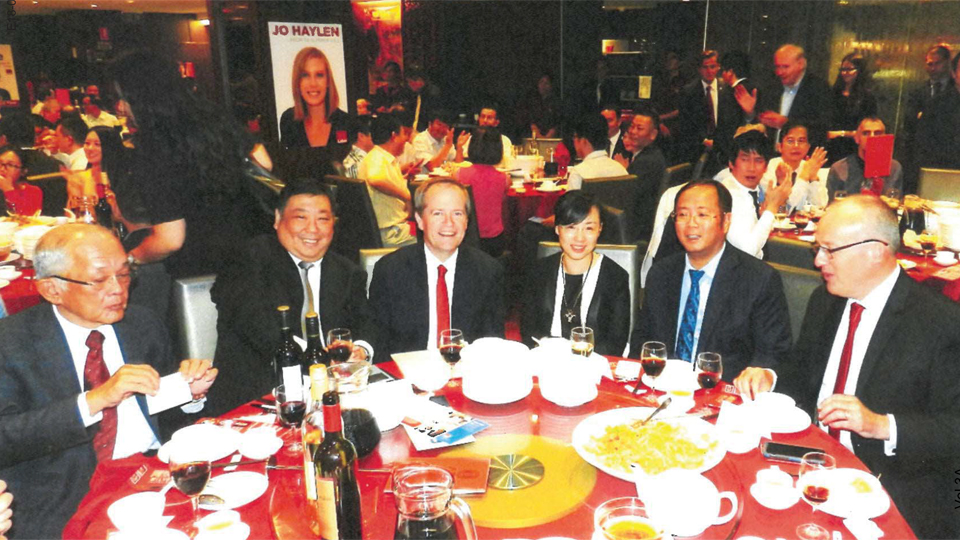 Anthony Albanese has described the NSW Labor Party as in a “diabolical situation” after revelations a Chinese billionaire dropped off a Aldi bag stuffed with $100,000 at party headquarters.

The Labor leader has remained silent on the crisis engulfing the ALP’s biggest branch until now and indicated he will have more to say at the end of the six-week anti-corruption inquiry.

The party is in a diabolical situation. This behaviour is completely unacceptable to me.
ALP leader Anthony Albanese

“And I find it quite shocking the revelations that have been made before the ICAC this week.”

The Independent Commission Against Corruption (ICAC) is probing allegations that the Labor Party accepted $100,000 in cash from a prohibited donor, then engaged in an elaborate scheme to disclose the true identity of the donor and lied to electoral authorities.

The scandal has already claimed the career of NSW ALP secretary Kaila Murnain, 33.

She remains suspended on full pay and is not expected to return to the job after NSW Labor leader Jodi McKay said she would never hold a position in the ALP again, or enter Parliament.

Ms Murnain has admitted in the witness box to signing a misleading disclosure to electoral authorities that did not provide a true picture of what she had learned after NSW state MP Ernest Wong confessed to her that he believed the true donor was banned donor Huang Xiangmo.

Mr Wong denied that version of events and will give further evidence on Monday.

Ms Murnain has sought a standard legal indemnity at ICAC from anything she has said in the ICAC hearings from being used to prosecute her in the event of any criminal charges on the grounds she was compelled to give evidence.

Mr Wong got the job after another former ALP secretary Eric Roozendaal quit politics, clearing the way for the new MP to take his spot.

Mr Dastyari quit politics after it was revealed he took money from companies linked to Mr Huang to pay personal debts and that he met him in October 2016 and provided counter-surveillance advice, warning him his phones were likely bugged by spy agencies.

Mr Roozendaal, a former NSW Treasurer, quit state politics to work for Mr Huang, the Chinese billionaire accused of turning up at ALP headquarters with an Aldi bag stuffed with $100,000.

The ALP secretary at the time of the Aldi bag drop-off was Jamie Clements. He also left the job in controversy.

While he did not go to work for Mr Huang, he did choose to set up his office in the same Sydney building and will give evidence to ICAC in coming weeks.

Mr Albanese said the entire affair underlined his calls for an integrity commission.

“Why is it that the government is delaying introducing the legislation for a National Integrity Commission at the same time as they’re happy to bring forward legislation that is far less important?” Mr Albanese said.

“We have electoral laws for a reason. They should be complied with by everyone involved, and anyone who breaches those laws should be prosecuted according to the law.”

Mr Albanese, who served at the Sussex Street headquarters as a Left faction assistant secretary years ago, said the culture had been a big problem for a long time.

But he rejected the suggestion of Labor Senator Kristina Keneally, that the ALP move from the party’s Sussex Street headquarters to improve the culture.

“I’m not sure that ripping down an entire street of buildings is … [I] don’t think this occurred because of the address of the building,” he said.

“I think that’s a hard argument to put. I think the location isn’t important. What’s important is culture.”

The ICAC hearings continue this week and will include the cross-examination of Ms Murnain on Thursday.

The ALP’s former lawyers, Holding Redlich, will also give evidence after Ms Murnain claimed the managing partner Ian Robertson told her to “forget” what she had learned about Mr Huang being involved in the illegal donation.

Mr Huang was banned from re-entering the country on national security grounds this year, but his 23-year-old son Jimmy Huang lives in the family’s $12 million Mosman mansion.

His daughter Carina, whose wedding was attended by Labor’s Bill Shorten and the Liberal Party’s Andrew Robb, lives down the road.