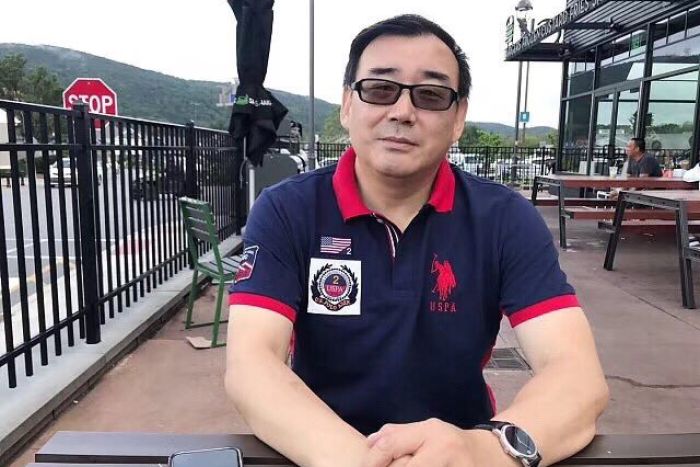 The foreign minister is urging China to release Australian writer Yang Hengjun from shackles in Beijing, and allow him to see his family and lawyers. Photo: AAP

Yang Hengjun has pleaded for Australia to help get him out of Chinese detention, and thanked consular officials for the help they have given him so far.

Dr Yang was visited in detention in Beijing by Australian consular officials on Tuesday.

“I am deeply indebted to the Australian embassy for coming to see me,” he said, in a statement released via an Australian consular official on Thursday.

“An [Ministry of State Security] investigation officer told me that Australia was small and wouldn’t care about me.

“This is nonsense. He was wrong. I am extremely grateful to the Australian Prime Minister, Foreign Minister and members of Parliament, the embassy team, and the ambassador for their help.”

On Thursday, Mr Morrison said Beijing’s claims that Dr Yang was a spy were “absolutely untrue”. The Prime Minister also denied Australia was interfering in the espionage case.

“We make no apologies for standing up for one of our citizens,” he told Nine’s Today program.

“There’s their own justice process that they’ll follow in China and that’s appropriate, but these suggestions that he’s acted for a spy for Australia are absolutely untrue.”

Statement from Australian writer #YangHengjun to the media through Australian consular officials. The chief investigation officer said #Australia was dependent on #China and hence would not help him. 👇 pic.twitter.com/2JW3RTUZ7Q

China has warned Australia to respect its sovereignty and butt out of the case, but Mr Morrison said the government was concerned about Dr Yang.

“But we do expect Australians, indeed all citizens, to have their human rights appropriately looked after,” he said.

Foreign Minister Marise Payne has been focused on Dr Yang’s welfare as she endeavours to seek his release, describing the conditions of his detention for the past seven months as harsh.

In his statement, Dr Yang pleaded with Mr Morrison to help him return home as soon as possible.

“I implore the Prime Minister to help me,” he said.

Mr McMahon said it could be months before details of the broad spying allegations against Dr Yang were known.

“The problem we have at the moment is that although our client has been detained, we don’t have material, we don’t have the basis of the detention except a vague allegation,” he said.

“We don’t have the timetable.”

But Mr McMahon said he understood Dr Yang was in good spirits.

Dr Yang is a former Chinese diplomat who went on to become a pro-democracy campaigner and was made an Australian citizen in 2002.

The 54-year-old was detained in Guangzhou in January after flying into the country from New York, where he lived with his family and worked at Columbia University.