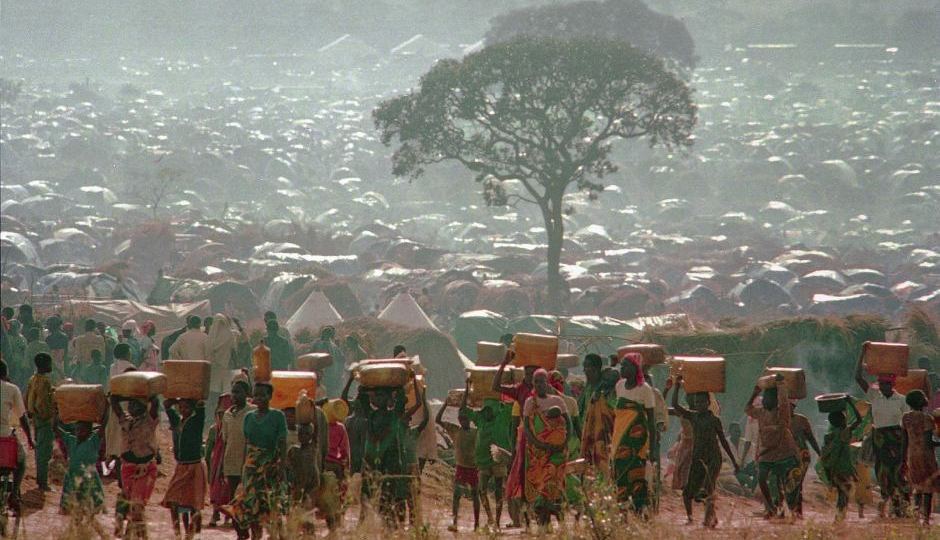 Rwandan refugees who have fled to Australia are being targeted by their birth country's government as it seeks to silence dissent. Photo: AP

Foreign spies have infiltrated Australia at a greater rate than any other time in history.

The stark warning from the nation’s domestic intelligence agency follows accusations the east African nation of Rwanda has a network of spies working to supress political dissent in refugee communities.

Intelligence experts say the public doesn’t fully understand the extent of the threat, or how easily migrants and refugees can be recruited as spies, often against their will.

An Australian Security Intelligence Organisation (ASIO) spokesperson said foreign interference and espionage was happening at an “unprecedented scale” but refused to detail tactics used to recruit refugees and migrants.

“The security threat comes from the actions and intent of the small number of individuals who seek to do Australia harm,” the spokesperson said.

The ASIO warning comes after the ABC uncovered a secret recording of an alleged Rwandan spy, filmed in a Gold Coast car park late last year.

The man can be heard explaining how the Rwandan Government runs espionage operations out of its embassies and high commissions.

“When there is an embassy, the Ambassador is in charge of the secret agents,” he said on the tape.

The term “spy” refers to anyone who gathers intelligence or information overseas, without letting their host country know what they’re doing.

Professor John Blaxland from the Australian National University said many countries had a track record of trying to use their nationals living in Australia to sway decisions made by government agencies, corporations and education institutions in their favour.

He said this was achieved by planting spies in diplomatic missions but could also involve blackmailing or coercing refugees and migrants into becoming informers.

“There are broad principles that apply not just to Rwanda, but a range of countries, including China,” Professor Blaxland said.

“Refugees who flee often have family connections remaining with [their] home country.

The government can choose to exercise that power over the minds of the residents in Australia concerning safety and wellbeing of relatives back home, and that can be a very difficult pressure to resist.”

Senior intelligence figures told the ABC that China, Saudi Arabia, Iran, Syria, North Korea and Malaysia were known to monitor their diaspora living in Australia, while also seeking to silence those who might speak out against their former governments.

In several instances, one source said, the Australian government of the day has used diplomatic channels to make known its concern, with a view to stopping the intimidation.

The intelligence community refer to these people as “co-optees” or agents.

According to another international intelligence expert, hundreds are operating in Australia, and many have been blackmailed, threatened or coerced into joining.

Some, the source said, were shown photos of a family member in their home country sitting between two intelligence officers, as a warning.

The expert said some agents would seek to gain political gossip from the press clubs, parliaments and diplomatic functions, but their main job was to get recruit agents to get valuable information.

This can happen through a front group, or so-called “false flag” operation, where they purport to be something they’re not — like a charity or community group.

While acknowledging the threat posed, the ASIO spokesperson went to lengths to insist the “actions of few” shouldn’t impugn the reputation of the bulk of law-abiding refugees.

“It is critical that we avoid commentary that will instil fear and taint communities which make such a positive contribution to Australian life, economy and culture,” the spokesperson said.

Refugees fearing for families back home

Professor Blaxland said fears about the wellbeing of family members could often be well-founded, with intimidation, job losses and disappearances occurring.

He said once recruited, expats can be asked to do anything from “gathering information to pass back to the home country” to “conducting illegal acts that are not in the interest of the company they are working for or Australia more broadly — effectively hostile acts”.

“Everyone in the national security committee knows that that’s what’s going on, and it’s one of the reasons agencies in that domain have been agitating for greater resources and legal flexibility,” Professor Blaxland said.

Australian Institute of International Affairs president Ian Lincoln was a diplomat for more than three decades but insists embassy staff “didn’t know all the secrets”.

“Sometimes the methods involved in getting secret intelligence can be a little bit unsavoury, putting pressure on people, one way or another,” he said.

“You might say we’ve discovered you’re substantially in debt and you wouldn’t want people to know too much about that, but I’m not going to say anything about it, but could you just tell me about… and off you go.”