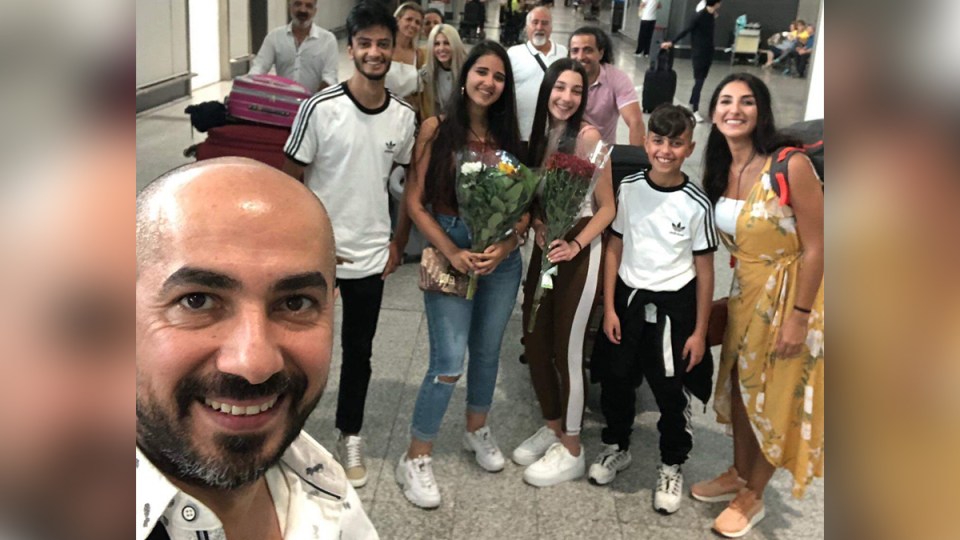 A Melbourne family has finally been able to reunite with relatives overseas, nearly two months after they were banned from a flight halfway between Australia and Italy.

The plight of Munzer and Diala Kassis and their two children, revealed by The New Daily, has highlighted the bureaucratic confusion faced by refugees in Australia who want to leave the country on holidays.

The trouble for the Kassis family came after they had spent their savings on tickets to visit family in Italy, for the first time since fleeing war-torn Syria almost five years ago. They cleared passport control in Melbourne and landed in Dubai on June 25 for a stopover.

However, Emirates staff refused to let them board the next flight.

They were left in tears at the boarding gate, and forced to wait for 14 hours before being sent back to Melbourne.

Because the family members aren’t yet Australian citizens – just permanent residents – they carry what’s called a Certificate of Identity to allow them to travel.

It looks and acts like an Australian passport, except it’s given to refugees, asylum seekers and stateless people who are unable to access the passport that was issued to them by their country of citizenship.

While the Australian Passport Office website classifies a Certificate of Identity under “travel-related documents for non-citizens”, Emirates told the family via email after arriving back in Melbourne the airline did not consider the certificates as travel documents.

This was not the only conflicting advice they received.

Emirates said the family needed visas to enter Italy – but the Italian consulate in Melbourne gave Mr Kassis repeated assurances that visas weren’t a requirement, given they were carrying the identification certificates.

The regulation of the European Parliament and EU Council states Syrian citizens need a Schengen visa to enter Italy.

The Kassis family don’t have Syrian passports; their only national identity document is the one issued by the Australian government.

After The New Daily published the original story on July 1, the Italian consulate issued the family with visas at their request.

The family accepted a full refund of their plane tickets from Emirates and booked to fly with Qatar Airways.

Friend and migration law graduate Renee Mazloum, who has been advocating for the family, said it was the only airline that could assure them in writing they would be able to board a connecting flight.

“Every airline told them they needed visas or they won’t be able to board a connecting flight to Italy. So they got visas as a precaution but still upon entry into Italy were told it wasn’t necessary,” Ms Mazloum said.

She said people citizen to a country that has produced a high number of refugees should be “very cautious” when travelling.

“And don’t just get verbal advice, get everything in writing.

“Munzer and his family had everything in writing, which is what helped them be in Italy today.”

Mary Crock, professor of public law at the University of Sydney, said the Kassis family were clearly misled and described what happened as “not fair” and “really rough”.

“This story really underscores how vulnerable refugees remain until they actually get the citizenship of a new country,” she said.

“This type of experience, I think, is happening often much more than gets into the news.”

Emirates and the Italian consulate were contacted for comment.

Syrian refugees reunite with family in Italy after bureaucratic bungle