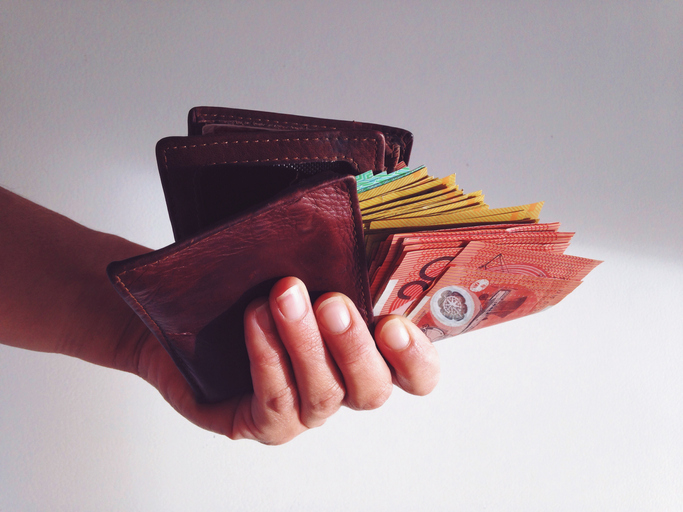 Australians could face two-year jail sentences and fines of up to $25,200 under proposed laws that limit the use of cash to $10,000 – a move some groups argue would create an Orwellian state by giving authorities greater control over people’s finances.

A number of stakeholders have called on the federal government to withdraw the proposed laws, which were first announced in the 2018-19 budget as part of measures to fight the so-called black economy.

The government’s Black Economy Taskforce had argued a $10,000 cash limit for transactions between businesses and individuals would help fight the cash economy by stamping out tax evasion, money laundering and other crimes.

But some groups fear the laws could give the banks, which have faced much scrutiny under the banking royal commission, too much control over people’s money.

The laws would apply to all payments made to businesses with an ABN for goods or services, affecting major purchases like cars, boats, housing, and building renovations.

The government has said the measure will not apply to individual-to-individual transactions, such as private sales where the seller does not have an ABN, or cash payments to financial institutions.

One Nation says it will vote against the bill

But One Nation has already indicated it will vote against the Currency (Restrictions on the Use of Cash) Bill.

If the new laws are passed, penalties for those hoarding cash over $10,000 would apply to both parties to the transaction — the payer and the receiving business.

Senator Pauline Hanson said on her Facebook page the party was against the bill.

“Effectively, if you are a person who keeps cash and uses it to buy a new small car, for example, you will face the real threat of 2 years in jail and a fine that would likely exceed the value of the vehicle,” Ms Hanson said in the Facebook post.

One Nation was also worried it would leave peoples’ bank deposits vulnerable to negative interest rates — whereby instead of receiving money on deposits, depositors must pay regularly to keep their money with the bank.

Flushing ‘Mattress Money’ out of the shadows and back into bank accounts will leave deposits vulnerable to negative interest rates, prompting those with savings to spend the cash on investments or consumption items,” Ms Hanson said.

Businesses may be forced to ‘dob in’ customers

Treasury had asked whether the law should compel businesses to dob in customers trying to make large cash payments.

It also suggested the community could report “suspicious behaviour” via the Black Economy Hotline, which was also announced in the 2018-19 federal budget.

CPA Australia said in its submission to Treasury there was no strong evidence to justify an “extraordinary penalty” for the use of legal tender.

It said the proposed laws could extend criminal liability to innocent parties, and could reverse the onus of proof for alleged crimes since the Bill contained no qualifications or safeguards that reflect a presumption of innocence.

The Bill it said, “significantly increases the power of government agencies to investigate and prosecute people for an action, without needing to demonstrate the commission of what would normally be considered a criminal act, nor the intent to commit such an act”.

CPA Australia general manager external affairs, Paul Drum, said there were already a number of existing checks and balances in the system to address criminal activity.

To link all large cash transactions to criminality is a step too far,” Mr Drum said.

Chartered Accountants Australia and New Zealand tax leader Michael Croker argued in his group’s submission that the $10,000 cash limit was high, and needed to be lowered.

He also noted that cryptocurrencies such as Bitcoin were now being increasingly used to hide activities and commit crimes.

Excluding cryptocurrency from these reforms will only supercharge its use by the black economy,” Mr Croker said.

Big four accounting firm KPMG said while it supports the proposed laws, the ban should be set at a lower limit of $2000 to $5000.

An attack on civil liberties?

Economist John Adams, who was formerly an advisor to Liberal Senator Arthur Sinodinos, said the Government’s proposed laws would curtail Australians’ civil liberties and were “anti-competitive” since many people used cash as an alternative to commercial banks.

He also argued that the proposed laws would make it hard for Australians to escape negative nominal interest rates.

Australians should have the fundamental economic and civil right to protect their private wealth, independent of the commercial banking sector,” he said.

The Institute of Public Affairs did not make a submission to Treasury but IPA’s Matthew Lesh has said that the proposed cash ban is a “disturbing breach of our right to privacy” and “an attack on the basic liberty of free exchange”.

“The intention of the cash ban is to create an accessible digital record of transactions that government can monitor,” Mr Lesh said.

This establishes a creepy precedent, foreshadowing a future in which you are only allowed to make purchases that Big Brother can watch.”

He argued the cash limit would also be “ineffective and unenforceable”, since it would not suddenly make criminals law-abiding citizens.

“They [criminals] will flout the rules by using multiple smaller transactions and illegal bank accounts with stolen identities,” he said.

Cash should not be undermined: ACCI

The Australian Chamber of Commerce and Industry is also against the move to ban large cash transactions, arguing there is no “hard evidence” showing it was a broad-based problem or that cash itself is the cause of black market activity.

“This policy will do little to nothing to inhibit black market or illegal activity,” ACCI said in a 2018 submission to Treasury after the budget change was announced.

Cash is legal tender and its value must be protected, not undermined.”

The most recent Reserve Bank of Australia payments survey found that the use of cash is declining, but still remains popular among Australians.

In 2016, about 70 per cent of survey participants reported holding some cash outside of their wallet, compared with about 75 per cent in 2013.

The most common reason for holding cash outside their wallet was for “emergency transaction needs”, but 26 per cent also cited issues relating to the accessibility of cash, such ATM fees and access, and withdrawal time.

Paying more than $10,000 in cash could be a crime under proposed law