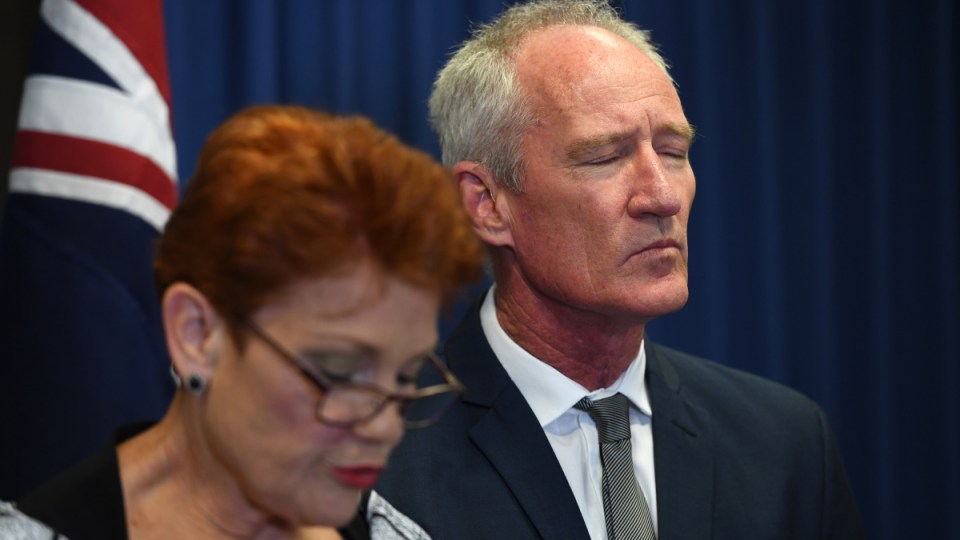 The Morrison government wrote a “chilling” letter to the CEO of Channel Nine to give him a dressing down for broadcasting footage of One Nation Senate candidate Steve Dickson cavorting in a strip club.

Nine chief executive Hugh Marks revealed the bizarre letter on Tuesday, during a hearing on press freedom, and said it was just another example of the chilling effect the government was having on journalism.

Essentially, the letters suggested Nine might have acted on behalf of a foreign country when it broadcast the material.

Al-Jazeera is a pay television news channel owned by the al-Jazeera Media Network, and based in Doha, Qatar.

“It’s quite clear we hadn’t even come close to breaking any laws, so why send us the letter?” Mr Marks said.

“This type of correspondence has a chilling effect because the maximum penalties for these offences range from six months to five years imprisonment.

“It’s a perfect example of the tone that is being set, of a culture aimed to gag the media and provide disincentives to us uncovering wrongs which merely embarrass or offend public officials.”

Ms Hanson then conducted a tearful interview with A Current Affair to express her disappointment in his conduct.

The letter to the Nine network referred to laws that require individuals or entities that undertake certain activities on behalf of foreign principal for the purpose of political or government influence – including communications – to register under the recently introduced foreign influence transparency scheme.

“It is the Attorney-General Department’s view that, if this broadcast was done on behalf of a foreign principal (al-Jazeera), then it would be a registrable communications activity,” the letter said.

“However, we note that al-Jazeera has subsequently issued a public statement denying its involvement in the broadcast, which may indicate that the broadcast was not undertaken on al-Jazeera’s behalf.”

“Nevertheless, I strongly encourage Nine to undertake a self-assessment of its registrations and obligations to register under the law, and if necessary to register as a matter of urgency”.

The NRA also told One Nation how to sell guns to women and vulnerable groups under the guise of self defence.#HowToSellAMassacre https://t.co/lnbP56N1Sm pic.twitter.com/Dpgmt0T4V9

Mr Marks said the letter was “chilling” and not appropriate.

“It is true that nobody is above the law, but we need the right laws,” he said.

“The current tone being set seeks to restrict, not respect, a free media.”

Media organisations, including the ABC, News Corp and Nine, put on a united front on Tuesday, calling for action on press freedom following raids by the Australian Federal Police on the ABC and News Corp journalist Annika Smethurst.