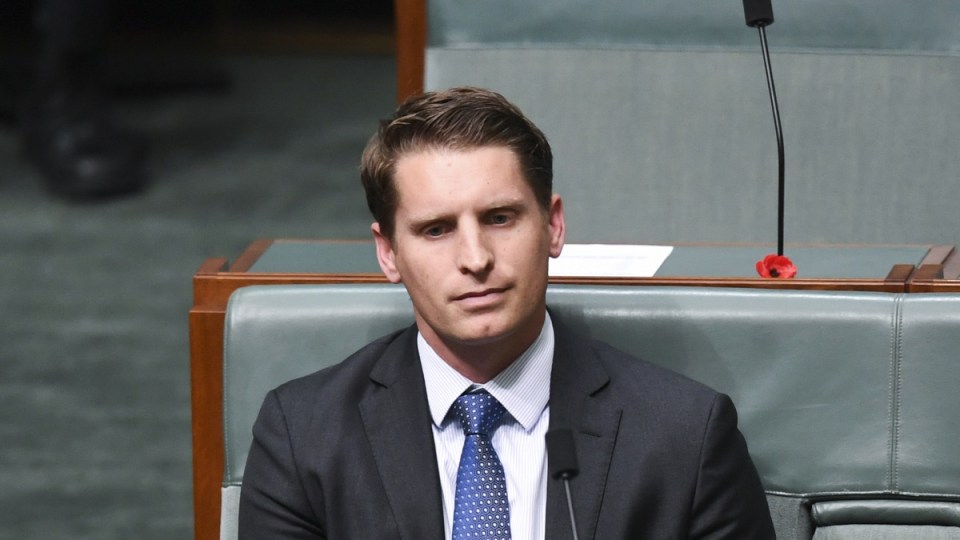 The opening in Sydney on Tuesday of the government’s preferred way to inquire into the freedom of the press has become an acid test of its chairman’s credentials as a freedom warrior.

The Morrison government, stung by the severe backlash generated by Australian Federal Police raids in June on journalists, asked the parliamentary committee into intelligence and security to scrutinise the issues.

The chair of that committee is none other than backbench Liberal Andrew Hastie.

His likening of the rise of China to that of Nazi Germany and France’s blinkered unpreparedness as a warning to Australia has focused even more attention on the controversial task Prime Minister Scott Morrison has given the committee.

How the PM could imagine that a committee dedicated to preserving as much secrecy it can could come up with credible findings on the media’s right to disclosure, was beyond the non-government parties in the Senate.

Centre Alliance senator Rex Patrick, in supporting a Labor move to set up a second inquiry, said: “We don’t want to leave the fox in charge of the hen house.”

In his opinion piece last week, Mr Hastie spoke of the need to balance security and trade in dealing with China.

He said “most importantly, we must remain true to our democratic convictions while also seeing the world as it is”.

Fundamental to our democratic convictions is a free press.

The Hastie committee has received 40 submissions.

Almost all those from non-government agencies and media stakeholders are highly critical of the narrow terms of reference.

But on the eve of the Prime Minister heading to the Pacific Islands Forum at Tuvalu – with high on his agenda countering or at least balancing China’s influence – one submission is highly relevant.

Professor Rory Medcalf and senior adviser Katherine Mansted from the National Security College at the Australian National University warn the Prime Minister may be seen as the emperor with no clothes.

They note there is a perception, thanks to the June raids, that “Australian journalists face undue government pressure” and this “risks diluting the credibility of Australia’s advocacy for liberal values and its legitimacy as an influential power in the Indo-Pacific including in the context of the Pacific ‘Step Up’ initiative”.

Despite Scott Morrison’s attempt to play down the China remarks, Liberal MP Andrew Hastie is not simply a backbencher. He chairs a powerful parliamentary committee on intelligence & security matters, which regularly receives briefings from ASIO about China https://t.co/OCb9p5Qcff

Australia’s major media organisations, in their submission, are urging the Hastie committee to interpret the terms of reference as widely as possible.

Not surprisingly they want the criminalisation of journalism taken out of a number of draconian security acts, better freedom of information laws and meaningful whistleblower protections.

Shadow attorney-general Mark Dreyfus QC – a member of the committee – says Mr Hastie failed as chair to defend the committee from the attacks on its credibility by Home Affairs Minister Peter Dutton.

Mr Dutton, for the first time in the bipartisan committee’s 30-year history, ignored most of the committee’s amendments to the temporary exclusion of foreign fighters legislation in the last sitting week of Parliament.

Mr Dreyfus is mightily unimpressed that the ambitious Mr Hastie appears to be using his chairmanship of the committee to raise his profile.

The committee’s deputy chair, Labor’s Anthony Byrne, would prefer any discussion about China and perceived threats to be “more measured” and not “hyperbole”.

Ironically Mr Dutton, who won Mr Hastie’s vote in the leadership showdown last year, may have given his old supporter a leave pass on press freedoms.

Mr Dutton late last week issued a ministerial direction to the Australian Federal Police to “take into account the importance of a free and open press in Australia’s democratic society” and “consider the broader public interest implications” before raiding journalists.

This is Mr Hastie’s chance to really make a name for himself by guiding his committee to undo the perceptions Australia is becoming a police state on the Chinese model.

Press freedom inquiry is an acid test for Andrew Hastie