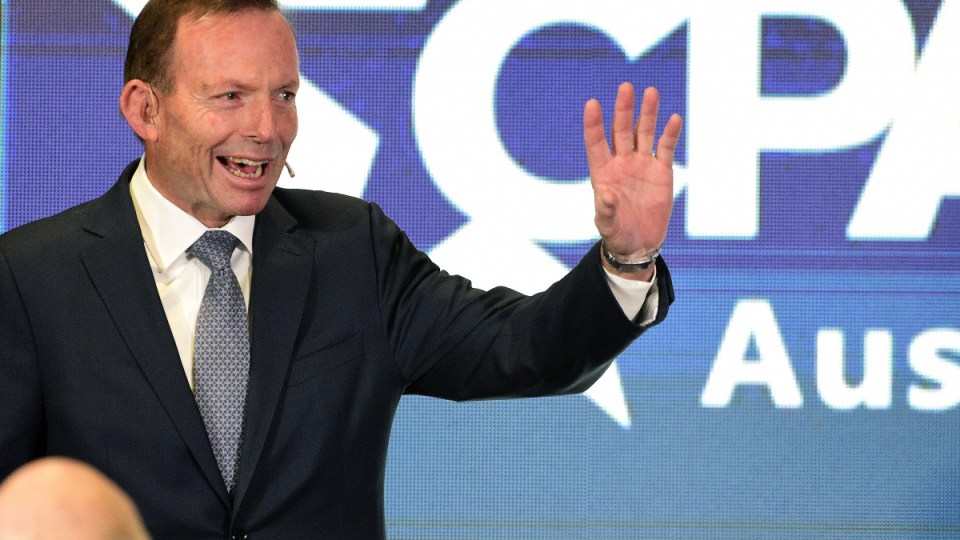 Speaking at the Conservative Political Action Conference in Sydney on Friday, the former Liberal leader said the debate about “death on demand” was “morally shocking”.

NSW’s lower house on Thursday night passed a bill that would remove abortion from the state’s Crimes Act. It is expected to pass the upper house later in August.

“The biggest single problem with what’s happening in the NSW parliament at the moment is that it has been sprung on people,” Mr Abbott said on Friday.

“If they really want to allow abortion right up to the time of birth, surely there should be a proper public debate about this, it shouldn’t have been something that was just ushered in … and then attempted to be rushed through the parliament.”

The bill allows terminations up to 22 weeks, as well as later abortions if two doctors who are aware of all the circumstances agree the termination should go ahead.

Mr Abbott, who was introduced at the conference by former deputy PM John Anderson, reportedly earned standing ovations before and after his speech. He told the conference that Australia’s “moral anchor points” had shifted and the country’s Christian faith and knowledge had been lost.

“This is why it is so easy for people to put forward what I think are fundamentally inhuman positions and have them taken much more seriously than they should,” he said.

It allows terminally-ill adults in intolerable pain and with less than six months to live – or 12 months for neurodegenerative diseases – to request their doctor’s help in dying.

On Friday, Mr Abbott also revealed one of his daughters was “soon to take up a position in the Australian embassy in Beijing”.

He revealed he’d told his daughter the challenge in China would to be not just an analyst but also “a judge”.

The ex-politician recommended she read Winston Churchill’s History of the English-Speaking Peoples, as well as the Bible. He told the audience the New Testament was by far the “greatest” of the great books.

Louise has worked for the Department of Foreign Affairs and Trade for a number of years and previously been posted overseas.

Among the other speakers at the conference on Friday was controversial British commentator Raheem Kassam. He took aim at Labor senator Kristina Keneally for attempting to ban him from Australia, saying she should be ashamed.

I have arrived in Australia.@KKeneally must be fuming 😂

The former Breitbart editor devoted much of his speech to criticising Senator Keneally – at one stage referring to her as “Chicken Keneally”.

“There’s nothing Christian about silencing your opposition,” he told the crowd.

“She should be ashamed of herself.”

Labor had called for the British political activist to be banned from coming to Australia for the conference after he called the Koran “fundamentally evil”.