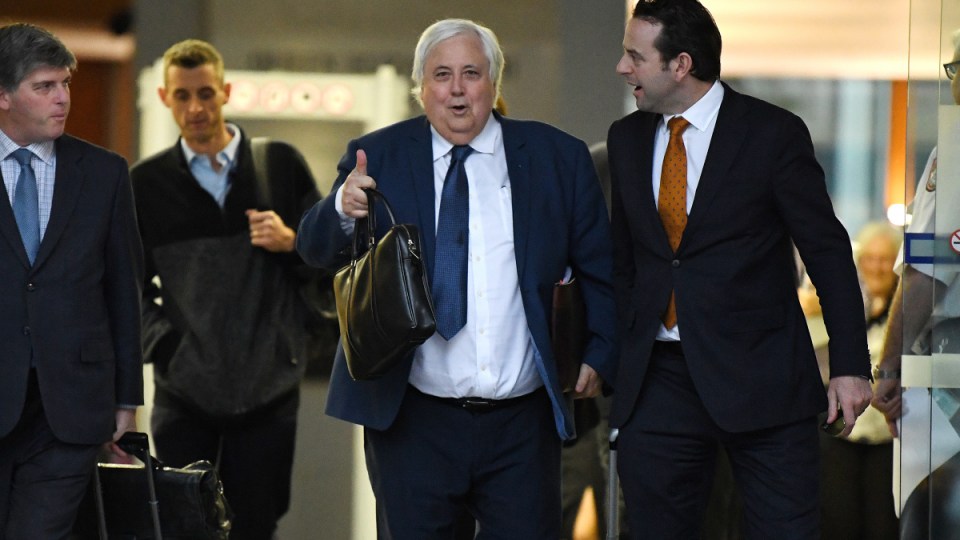 Billionaire businessman Clive Palmer has settled another chunk of his $200 million lawsuit from the collapse of Queensland Nickel on Monday.

Special Purpose Liquidator Stephen Parbery says the deal, which is understood to be about $110 million, provides for the full repayment of the $66 million of taxpayer funds used to pay sacked workers to cover workers’ entitlements, all other outstanding employee entitlements and a full recovery for the majority of unsecured creditors.

The breakthrough reached by government-appointed liquidators follows settlement of an Aurizon claim on Thursday after days of talks between the billionaire businessman and the liquidators of his Townsville refinery, which was shut down in 2016 with the loss of hundreds of jobs.

The Supreme Court has previously heard that as the refinery hurtled towards collapse in late 2015, the ailing company was $25 million in the red and losing $5 million each month with creditors circling.

The refinery’s debt-riddled predicament came to a head in January 2016 when Aurizon rejected the Palmer team’s payment plan for their rail transport debts and threatened to suspend its services.

ABC reports the trial will continue, with a small number of disputed creditor claims to be dealt with by liquidators against Mr Palmer’s flagship company Mineralogy.

Despite the progress being made resolving the three-year stand-off, Mr Palmer has been absent from the court for most of the trial.

He announced during the election campaign that he wanted to re-open the refinery and to pay the workers entitlements.

When the company collapsed, it was left owing debts of about $300 million to creditors, including local businesses and the federal government, which covered entitlements for the 800 people who lost their jobs.

Mr Palmer distanced himself from the sackings, instead taking aim at the administrators who were overseeing operations at the time.