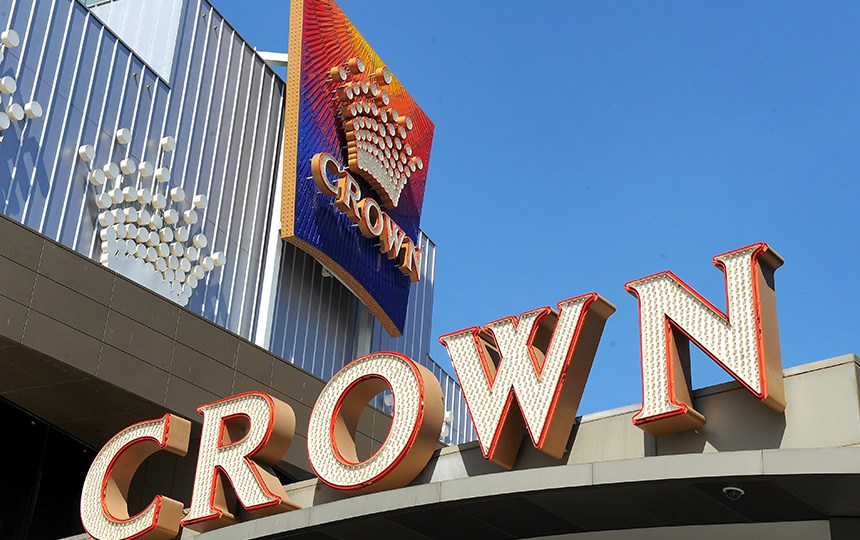 Attorney-General Christian Porter has referred allegations over Crown and government agencies to the Australian Commission for Law Enforcement Integrity.

Crown and the Department of Home Affairs face an integrity probe into allegations of special visa deals for Asian gamblers amid accusations the Liberal Party and the ALP are running “a protection racket” for the industry.

The referral follows a string of revelations in Nine newspapers over  Crown, including claims from whistleblower Jenny Jiang that Australian consulate offices in China helped the casino secure fast-tracked visas to lure gamblers to Australia.

The Department of Home Affairs confirmed a fast-tracked visa arrangement had existed but insisted the usual probity checks still applied.

Attorney-General Christian Porter told Parliament on Tuesday that the correct course of action was to refer the allegations about Crown and Commonwealth officials to the Australian Commission for Law Enforcement Integrity (ACLEI).

“I have considered the allegations that have been raised in the media reporting, and particularly as they touch upon allegations which are either directly relatable to, or tangentially relatable to, Commonwealth officers,” Mr Porter told Parliament.

“It’s my view that there are sufficient concerns raised at least to warrant further investigations. Obviously, it is the case that the Australian government takes all allegations of illegal activity very seriously. Everyone must abide by the Australian law and that is particularly the case for any members of our law enforcement, our immigration or our customs authorities,” Mr Porter said.

“I would note that ACLEI also has the ability to hold hearings, exercise coercive powers and seize evidence.”

But he stopped short of supporting a parliamentary inquiry into the scandal and the gambling industry.

“Having had the matter referred to ACLEI, which is the body appropriately placed to investigate it, pursuing a motion to set up a parallel Parliamentary Committee is wrong-headed; it would actually discourage and withdraw efficacy from the ACLEI investigation,” Mr Porter said.

They remain concerned that the ACLEI investigation has no powers to investigate the influence of former MPs from both sides of politics who have gone to work for Crown.

“The Liberal and Labor party are running a protection racket for ministers and former ministers with connections to Crown casino,” Mr Bandt told Parliament.

“We’ll set our own priorities for question time, and yesterday we had the ongoing scandal around Angus Taylor that we’ve concentrated on,” he said.

Member for Clark @WilkieMP is currently moving a motion with the aim of establishing a Joint Select Committee into Crown Casino. The full text of the motion is attached. pic.twitter.com/LZ99QRTMnp

Mr Porter confirmed he had already referred the matter to the ACLEI, under section 18 of the Law Enforcement Integrity Commissioner Act 2006.

“And under that referral provision it would now become open for ACLEI to decide whether or not to launch an investigation or indeed if they determined not to, that would be a matter which they would need to inform me as to what it was that they considered was appropriate and if it was no further action they would need to advise me of that and obviously that is advice that I would relay publicly,” he said.

In a statement issued on Monday, Crown said it takes its legal and regulatory responsibilities very seriously and that it works with the national agency overseeing questionable transactions.

“Crown has a comprehensive anti-money laundering and counter-terrorism financing program which is subject to regulatory supervision by AUSTRAC,” the statement read.

“In this respect, Crown provides a range of information in a proactive manner consistent with its regulatory obligations, including reporting all transactions over $10,000 and suspect transactions of any value.”