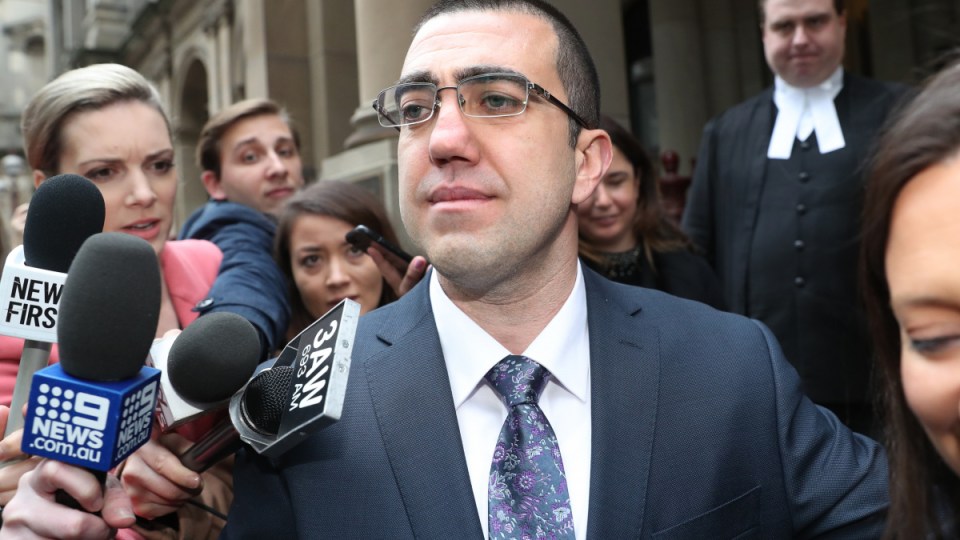 Faruk Orman, who was jailed for the 2002 murder of underworld figure Victor Peirce, has walked free from a Melbourne court after his conviction was quashed in the wake of the Lawyer X scandal.

He is the first person to get out of jail as a result of Victoria Police’s use of underworld lawyer Nicola Gobbo – also known as Lawyer X or Informant 3838.

Mr Orman sat crying and wiping his eyes as his conviction was thrown out by the full bench of the Victorian Court of Appeal on Friday morning.

He was found guilty by a Supreme Court jury of being the getaway driver in the killing of Peirce, who was shot dead as he sat in his car in Port Melbourne in 2002.

Orman has always professed his innocence, and appealed against his conviction all the way to the High Court.

The case against him was thrown into doubt after it was revealed Ms Gobbo, who was Orman’s lawyer, was also a police informer and was heavily involved in the evidence used against him.

Orman has served 12 years of his 20-year sentence.

Friends and family, many of whom were in tears, hugged Orman as he leaned over the glass of the dock after the hearing ended, while others lined up to get into court to see him.

Earlier, he had stood smiling and waving after being brought into court.

Last month, the State Government was forced to intervene and grant Orman the right to make a bid for freedom, saying there was evidence he may have suffered a miscarriage of justice due to Ms Gobbo’s involvement.

Victoria’s Attorney-General Jill Hennessy granted Orman a petition of mercy, ordering his case be reheard before the Court of Appeal.

The Court of Appeal ruled there had been a substantial miscarriage of justice in the case against Orman.

The key witness against Orman was a gangland supergrass and a client of Ms Gobbo’s.

The man testified that Orman confessed to being the getaway driver when Andrew “Benji” Veniamin shot Mr Peirce.

While acting as a defence lawyer for Orman in November 2007, Ms Gobbo was contacted by police explaining that the key witness against him was about to refuse to give evidence.

She told police they should visit the witness in prison and convince him to give evidence, which they did.

The President of the Court of Appeal, Chris Maxwell, said Ms Gobbo’s actions were a fundamental breach of her legal obligations to her client.

The Court agreed with the Director of Public Prosecutions, Kerri Judd, that there had been a substantial miscarriage of justice in the case and it would be an injustice to order a retrial.

Mokbel and others considering options

Ms Gobbo was a lawyer for many underworld figures and claimed she helped Victoria Police convict many high-profile criminals, including drug kingpin Tony Mokbel and convicted drug dealer Rob Karam.

They and others are hoping to have their convictions overturned on the basis police relied on tainted information from Ms Gobbo.

That could lead to massive compensation payouts, which would ultimately be met by taxpayers.

Lawyers for Mokbel have also indicated they may apply to the State Government for a petition of mercy.

The High Court found by ratting on her clients Ms Gobbo had committed “appalling breaches” of her obligations as a lawyer.

It found Victoria Police was guilty of “reprehensible conduct” for knowingly encouraging her to do so.

A royal commission is now examining the extent of Ms Gobbo’s informing and who authorised it.