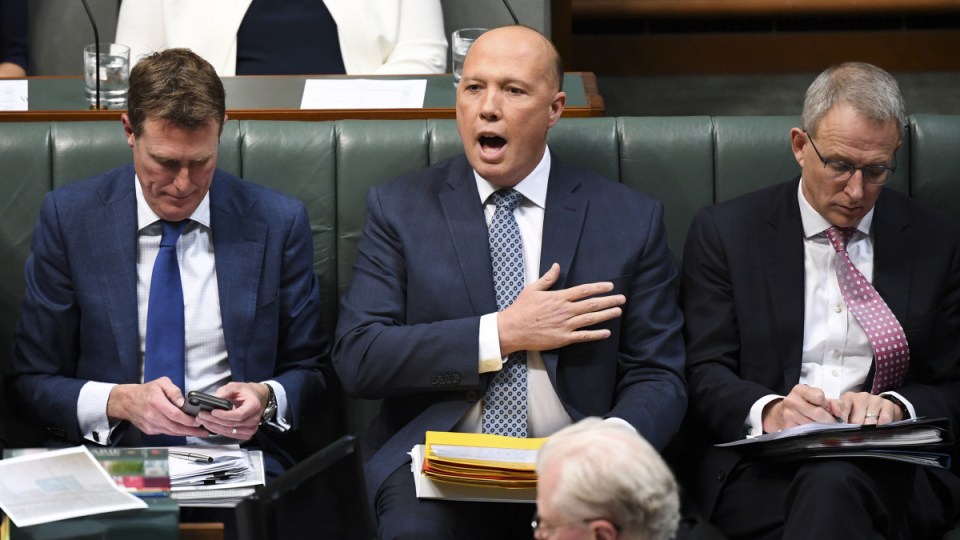 Extremists who fight in foreign conflicts could be blocked from returning to Australia for up to two years after Parliament backed new national security laws on Thursday.

Under the measures, any citizen suspected of extremism would be temporarily banned from returning to Australia until protections are in place through a so-called “return permit”.

Despite raising concerns with the new measures, Labor backed the Morrison government’s push to crack down on foreign fighters with the bill passing the Senate.

Return permits may include conditions relating to when and how the person enters the country, and they may also have to register where they live, work or study and any plans to travel within Australia or abroad.

The proposed 12-month return permit could also include conditions around using technology.

Home Affairs Minister Peter Dutton insists the Solicitor-General Stephen Donaghue has provided the government with advice saying the bill is not in breach of the Constitution.

Centre Alliance’s Rex Patrick failed in a last-ditch bid to try to force the government to produce the advice.

“The consequence of publishing such advice is that it is then in the hands of foreign fighters and foreign terrorists,” he told Parliament.

Labor criticised the bill because it would allow Mr Dutton to issue temporary exclusion orders without judicial oversight.

Under the legislation, each decision would be reviewed by a retired judge or senior member of the Administrative Appeals Tribunal.

People could also appeal against the decisions in the Federal Court, before taking their cases to the High Court.

But despite raising concerns about the bill, the opposition supported the new temporary exclusion orders.

Government Senate leader Mathias Cormann said the new laws were about ensuring Australia could manage risks from Australians who decide to fight as foreign terrorists.

Greens senator Nick McKim said the new regime would take Australia on a “zombie shuffle” into a totalitarian state.

Australian Lawyers Alliance spokesman and barrister Greg Barns said the bill allowed the blocking of people considered an indirect risk to security from entering the country.

“When whistleblowers, media organisations and journalists have published information about misconduct in military operations in the past, such exercises have been labelled as assisting terrorism,” he said in a statement.