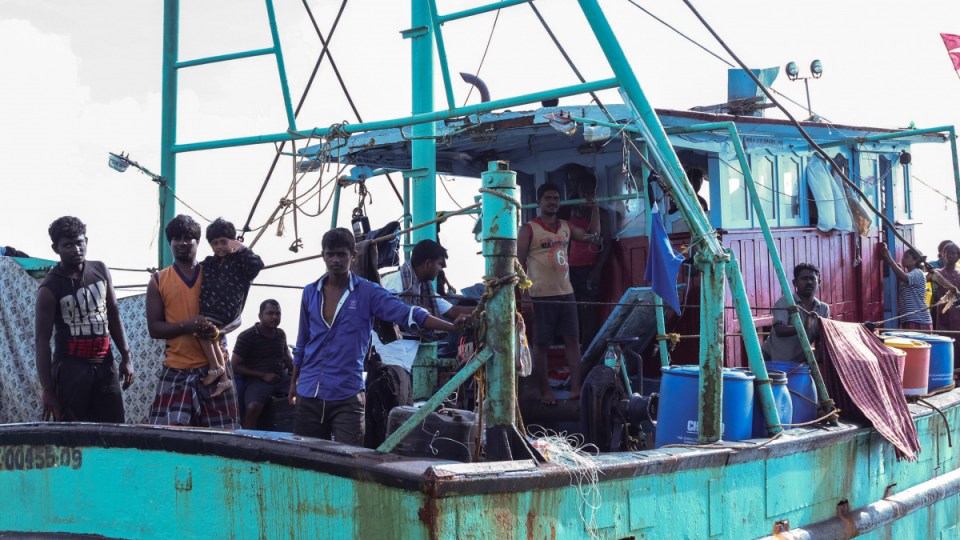 The reported asylum seeker boat is the third arrival since the May federal election Photo: AAP

Anthony Albanese has accused Scott Morrison of playing politics with asylum seekers with “the usual suspects” leaking the arrival of a boatload of Sri Lankans.

Tuesday’s leak to The Australian follows the Federal Police quietly dropping an investigation last month into the disclosure of classified national security advice to the newspaper on the medevac laws governing the treatment of asylum seekers.

The boat is the third to reach Australia since the May 18 election, taking the tally of recent asylum seeker arrivals to 80.

Officially, the Morrison government is refusing to comment, in line with its policy of not commenting on “on-water matters”.

However, The Australian reports that a border ­patrol boat has intercepted a group of Sri Lankan asylum-seekers in the Indian Ocean, trying to reach the mainland.

The report confirms a charter jet has been arranged to fly the group of 20 straight back to Sri Lanka, and links the latest arrival with the government’s push this week to repeal medevac legislation. The laws govern the medical transfer of people to Australia from offshore processing centres.

“This has only been put in The Australian newspaper by the usual suspects,” Mr Albanese said.

“I am prepared to say that’s obviously been put there by the government.”

Asked why it was obvious the government had leaked supposedly confidential information to a newspaper while officially refusing to comment, Mr Albanese said it wasn’t hard to observe the pattern.

“Who else has put it there? The asylum seekers themselves?” he said.

Tuesday’s leak follows a warning to 2GB radio presenter Ben Fordham after he revealed in June that six asylum seeker boats were headed to Australia from Sri Lanka. He was told it was an “unauthorised” disclosure and he could face investigation.

.@BenFordham on the Home Affairs Department's leaked information that up to six boats are attempting to come to Australia: There is not a hope in hell of me revealing my sources. I work in a business that’s based on freedom of the press.

However, the AFP has dropped an investigation into the leak of classified intelligence advice to The Australian that was designed to discredit Labor’s support for the medevac laws.

Shortly after the publication, Home Affairs Minister Peter Dutton declassified the advice and released it publicly.

The AFP’s decision follows raids on the ABC and a News Corp journalist’s home over unauthorised disclosures of classified information.

Mr Albanese said Labor continued to back the medevac law and did not believe it needed to be repealed or changed.

“The fact is, it’s working. If the government has any practical suggestions I can put them forward, but they haven’t done that. They’ve just engaged in rhetoric,” he said.

“Quite clearly, the government rhetoric was if this legislation was passed last December, then there would be floods of boats coming and everyone who was currently in offshore processing would be brought to Australia. That hasn’t happened.”

Mr Dutton is also calling on Labor to back temporary exclusion orders allowing a ban on foreign fighters as young as 14 returning to Australia for up to two years.

It follows the Minister’s decision to ignore the advice of the bipartisan committee on intelligence and security to provide greater judicial oversight on who can decide when an Australian citizen is barred.

“What’s happened with the temporary exclusion orders is that a number of the recommendations that were made unanimously by the committee chair, (Liberal MP) Andrew Hastie, had been rejected by the government,” Mr Albanese said.

“The government hasn’t made a case of why that is, why that’s occurring. Some of those recommendations are based on international experience, for example … under the UK legislation, it’s a judge who’s able to make the determination rather than the minister.

“It also has a recommendation that we needed to take into account whether there is somewhere else for the person affected by the order to go.”

Labor is expected to amend the legislation. However, it backs the push for temporary exclusion orders in principle.