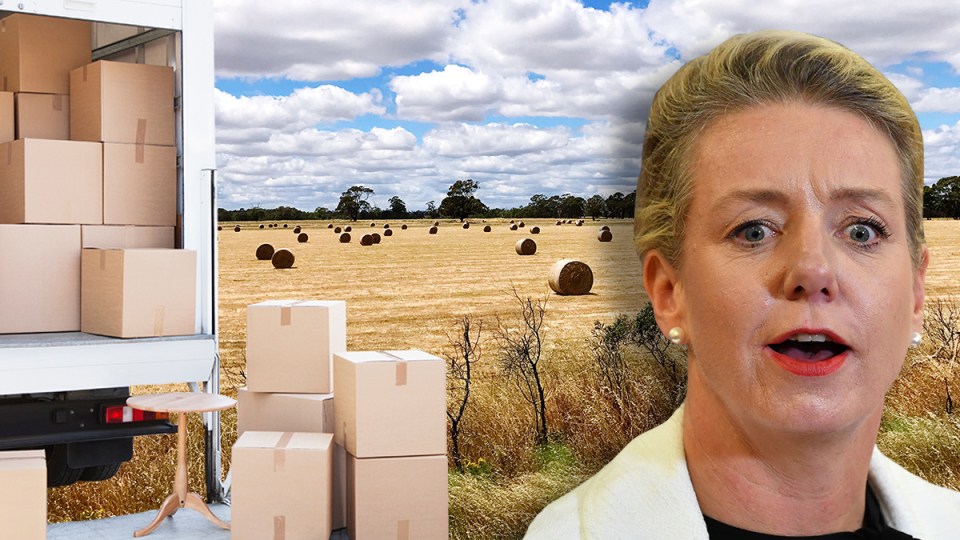 Agriculture Minister Bridget McKenzie charged taxpayers more than $500,000 to relocate her electorate office 300 kilometres from Bendigo to Wodonga before the election.

Figures obtained by The New Daily show the bulk of the charges came from beautifying and remodelling the new digs, and also included $6026 for what was described only as a “folding machine bench”.

The office move parachuted the Victorian senator into the heart of the marginal lower house seat of Indi, then represented by independent MP Cathy McGowan, intensifying speculation at the time that Ms McKenzie was weighing up a tilt at a House of Representatives spot and a possible party leadership challenge.

Senator McKenzie, whose senate term ends in 2022, eventually decided against the election gamble, and independent Helen Haines went on to win Indi with a margin of 2816 votes.

The Nationals deputy said her move to the river city of Wodonga had been on the cards “for a long time”.

She had been living in Ballarat but her office was in Bendigo.

The new office on Wodonga’s High Street went ahead as planned and was officially opened in February. Senator McKenzie is now also living in the area.

Department of Finance costings, disclosed to The New Daily following a Freedom of Information request, show $477,889 was spent on fitting out the newly leased premises, plus $22,748 on furniture and $10,767 for “technical fees”.

Liberal Party heavyweight Greg Mirabella — whose wife Sophie Mirabella lost the seat to Ms McGowan in 2013 — raised concerns about Senator McKenzie’s office relocation when it was announced in October, claiming Liberal members would be less than impressed with the Nationals parking their tanks on the Liberal lawn.

“To have a taxpayer-funded senator setting up an office in Wodonga, paving the way to have a crack at Indi, will infuriate the Liberal membership,” Greg Mirabella told media at the time.

He added: “Senator McKenzie is a senator by the gift of the Victorian Liberals.”

Nationals colleague Barnaby Joyce was more supportive of the idea, saying Senator McKenzie would earn “huge accolades” if she managed to successfully reclaim the marginal seat for the Coalition.

“If Bridget was to stand I think she would be an excellent candidate and quite obviously would be doing a very courageous thing,” Joyce said.

The much-touted challenge never came, however, with Senator McKenzie deciding to play it safe and stick with the Senate – at least for now.

She is not the first federal politician to come under scrutiny for high office relocation costs.

In 2018, Nationals senator Steve Martin was under fire for spending $531,000 to move his Tasmanian office 46 kilometres from Burnie to Devonport, which he creatively argued was “an investment of over $500,000 of federal money coming into the state, employing local tradesmen and local businesses”.

“Being the only Nationals senator for Tasmania, I have to cover the whole of the state,” he told the ABC.

Mr Martin originally stood for the Senate as a Jacqui Lambie Network candidate in 2016 but joined as an independent in 2018 when Senator Lambie was booted for holding dual citizenship.

He lost his Senate seat at the 2019 election after just 16 months in the job.

The Devonport office is leased until May 2021, leaving the Department of Finance with the task of finding another tenant or subletting the premises following Martin’s election loss.

A spokesman for Senator McKenzie said: “Bridget McKenzie is the only Senator whose ministerial office is outside Melbourne. She lives in Wodonga, which is an important regional centre in northern Victoria.”

Her office did not respond to further requests for clarification or comment.