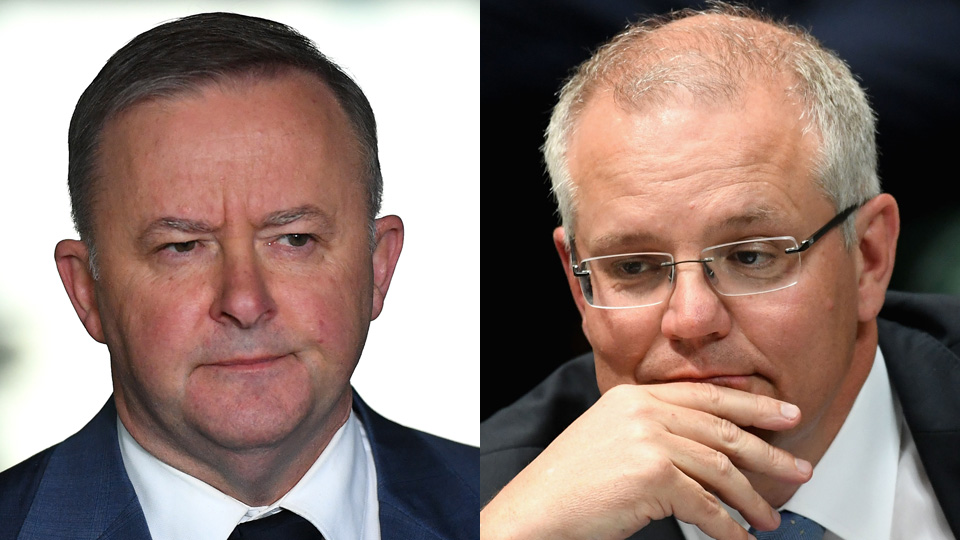 Anthony Albanese's ALP has a decision to make as the PM Scott Morrison waits.

Anthony Albanese has been urged to “regain the faith” with tradies and workers earning six-figure salaries by backing tax cuts as fears grow the Prime Minister Scott Morrison will “name and shame” MPs if they block tax relief.

The New Daily has confirmed Labor frontbenchers also fear the party is “politically dead” if it blocks tax relief and the wrong decision could haunt Mr Albanese’s leadership.

There are fears that Mr Morrison will call a division in the House of Representatives and the Senate to “name and shame” Labor MPs who vote against the tax cuts as Labor did to him on the banking royal commission.

During the discussions in ALP caucus, a number of MPs including Western Sydney’s Mike Freelander and Wollongong MP Sharon Bird warned that voters would turn on Labor if it blocked the cuts.

If Labor repeals previously legislated tax cuts in 2024 to abolish the 37 cent tax rate, it will be proposing an income tax hike to any worker earning over $120,000.

“I think we need to regain faith with those people and say, ‘You work hard’,” Dr Freelander told The New Daily.

“There are lots of people out there who are traditional Labor voters who are earning good money.”

Frontbencher Joel Fitzgibbon and Victorian MP Peter Khalil have previously urged Labor not to stand in the way of the tax relief.

“I think it’s unwise for political parties to get between a taxpayer and a tax cut but that’s exactly what the government is doing by knocking back what is a very reasonable and responsible position on our part,” Mr Fitzgibbon said after the caucus meeting.

But WA’s Josh Wilson raised eyebrows by reportedly suggesting the party should oppose the tax cuts.

Victorian MP Ged Kearney indicated Labor should campaign on the “cuts” required to health and education to pay for the package.

The shadow cabinet and the caucus met on Monday but proceeded no further than the position previously reached to support Stage 1 and 2 but leave the decision on Stage 3 open as a “negotiating position”.

That means an emergency shadow cabinet meeting will have to be called when the Senate, as expected, formally rejects the ALP’s amendments to back the first two stages of the tax relief plan but delay Stage 3.

“We are politically dead if we even give a sniff of taking tax cuts off people,” a MP said.

“This is not a normal piece of legislation. This is a decision that has far-reaching consequences.”

Mr Morrison on Monday night confirmed he would not split the bills and Labor needed to vote on the reforms as a package.

“Well, I’m very confident we’ll be able to take these bills through the Parliament with the support of the parliament and those parliamentarians who don’t want higher taxes that want to ensure that the government is able to implement the agenda that it took to the Australian people,” Mr Morrison told ABC TV.

“The Labor Party has had more positions on this since the election than you could possibly imagine. They’ve had multiple positions even today. I know what I think we should do. We put that to the Australian people.”

But it doesn’t have a formal position on repealing the 37 cent tax rate in 2024, which is the policy it took to the last election or reducing the 32.5 cent rate to deliver a top tax rate of 30 cents to 94 per cent of workers.

The New Daily revealed on June 24 that the ALP was considering backing Stage 1 and Stage 2 and amending Stage 3, but not insisting on the amendments to ensure it didn’t block the tax cuts.

“We’re going to put all of our effort into our amendments. If those amendments are unsuccessful, then we will consider our options at that point,” Dr Chalmers said.

“If the government votes against our amendments tomorrow night, they will be voting against every Australian worker getting a tax cut this term.”

If Labor doesn’t back the tax cuts, the PM remains confident he can get the numbers he needs in the Senate from the crossbench, with Centre Alliance confirming a deal is “close” in exchange for new powers to bring down gas prices.

Mr Albanese again warned MPs about leaks, urging them not to discuss shadow cabinet matters and using as an example leaks about the tax deliberations and the speed with which news of a special shadow cabinet meeting to deal with the tax plan leaked to the media.