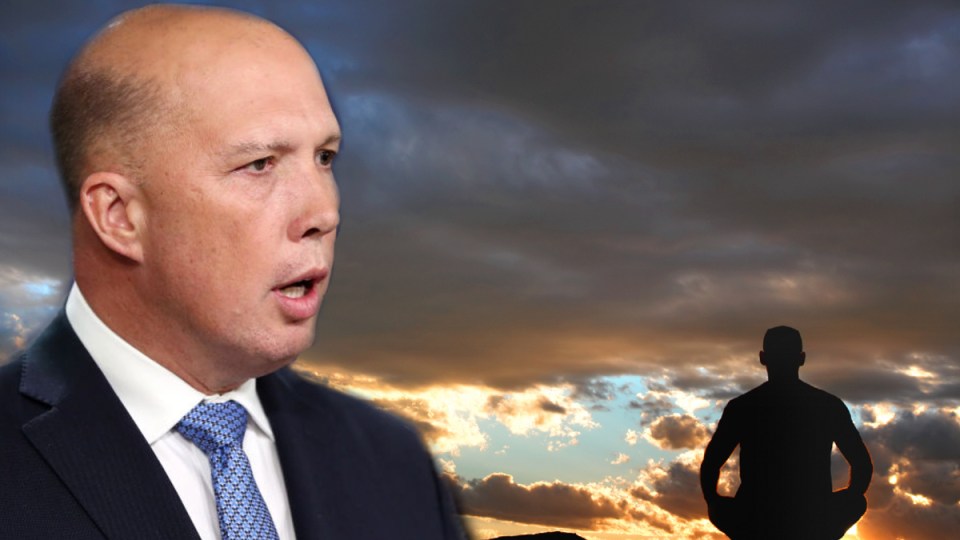 The Home Affairs Minister told The New Daily he has found the practice of meditation incredibly positive and believed it could help people in high-pressure jobs deal with stress and depression.

“I became interested in meditation through some mates, including AFL great Luke Darcy,’’ Mr Dutton said.

“It was a pretty quick course, but I have found it to be a great way to switch off from the constancy of work, especially when you are working 16-hour days.’’

“I was also interested to read about the success of meditation with Australian sporting teams and also in the US Army,” Mr Dutton said.

“And I obviously have a significant interest in helping to keep our police and border force officers well and we recently provided more funding to the agencies to help on that front.

“Whether or not any of the agencies think it is of use to them is a decision for them.”

Australian Border Force has recently been hit by allegations it has a toxic culture of bullying and intimidation, causing depression and anxiety.

One former staff member left a suicide note alleging problems at work and there are also rising claims for psychological injury compensation.

Mr Keating in May said he had never known anyone as “mean-spirited” as Mr Dutton during his entire time in politics.

“In those 50 years I’ve never seen a public figure as mean or mean-spirited as Peter Dutton,” Mr Keating said.

“Those electors in Dickson [in Queensland] have a chance to drive the political stake through his dark political heart and I hope they do.”

They didn’t. Mr Dutton secured a swing towards him of 2.95 per cent and retained the seat.

Which was probably enough to make Mr Dutton even more Zen than his recent conversion to the joys of meditation.