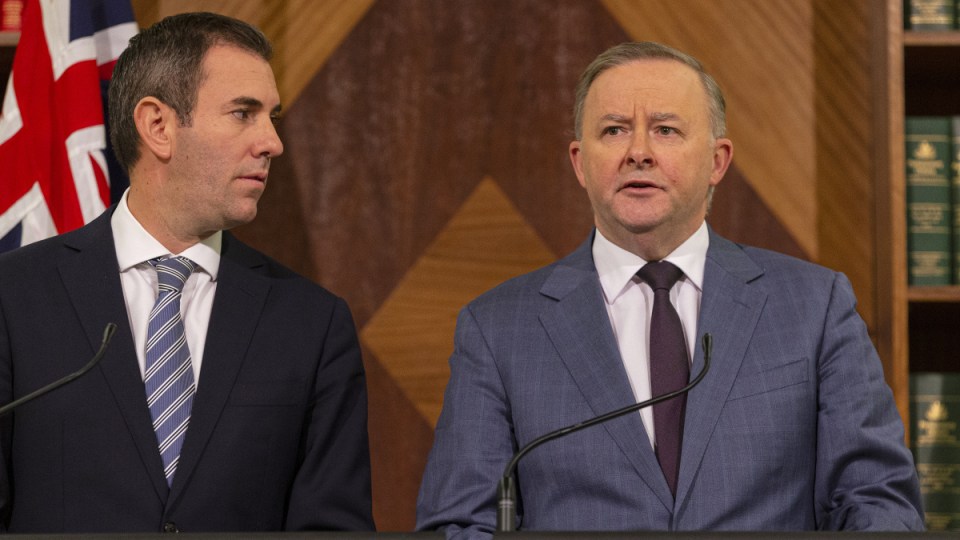 Labor has left the door open to a big tax hike for any worker earning over $120,000 if Anthony Albanese wins the next election.

Opposition treasury spokesman Jim Chalmers confirmed at the National Press Club on Tuesday that the repeal of previously legislated tax cuts was still on the table.

Despite the Labor Party suggesting this week that $200,000 yearly income no longer represents “the top end of town”, any decision to repeal laws abolishing the 37 cent tax rate would hit workers earning $120,000 or more.

Dr Chalmers confirmed Labor’s position on the final stage of the tax cuts was not finalised – including the repeal of tax cuts it previously opposed.

“We have not taken a decision as a shadow cabinet about what we would do,” Dr Chalmers said.

“We are concerned that would be irresponsible to sign up to that five years out when we don’t know what the economy or the budget would look like.

“The decisions that we have taken so far as the shadow cabinet and Anthony’s leadership really revolve around the negotiating position that we announced yesterday.”

Labor has shifted position since the election to back that change and call for it to be brought forward to ensure every Australian secures a tax cut during this term of government.

But repealing the proposed 37 cent rate abolition would have far-reaching implications.

The previously legislated tax cuts also include increasing the income threshold for the 45 cent rate from $180,000 to $200,000 and removing the 37 per cent tax bracket completely in 2024.

Dr Chalmers also admitted that Labor’s tax policy at the last election was too complex.

“Obviously, we couldn’t build a big enough constituency for our tax proposals; their complexity left us vulnerable to under-the-radar lies and scares about death duties and pension cuts which couldn’t be countered effectively or in time; Clive Palmer’s $60 million of ads didn’t help and we bled too much support to minor parties,” Dr Chalmers said.

“But listening to my fellow Queenslanders on that road trip, there was perhaps one bit of feedback above all. Sometimes it was spoken, sometimes implied, and it was this: Don’t mope around, just get on with it. Sulking or whingeing won’t change the result.”

Dr Chalmers conceded that his plan to bring forward the Stage 2 tax cuts were worth up to $3.7 billion – around half of the forecast surplus.

“We think they should maintain the forecast surpluses. We think that is important,” he said.

“There is no excuse for the government to ditch their forecast surpluses. We think that you could responsibly bring forward that part of stage two.”