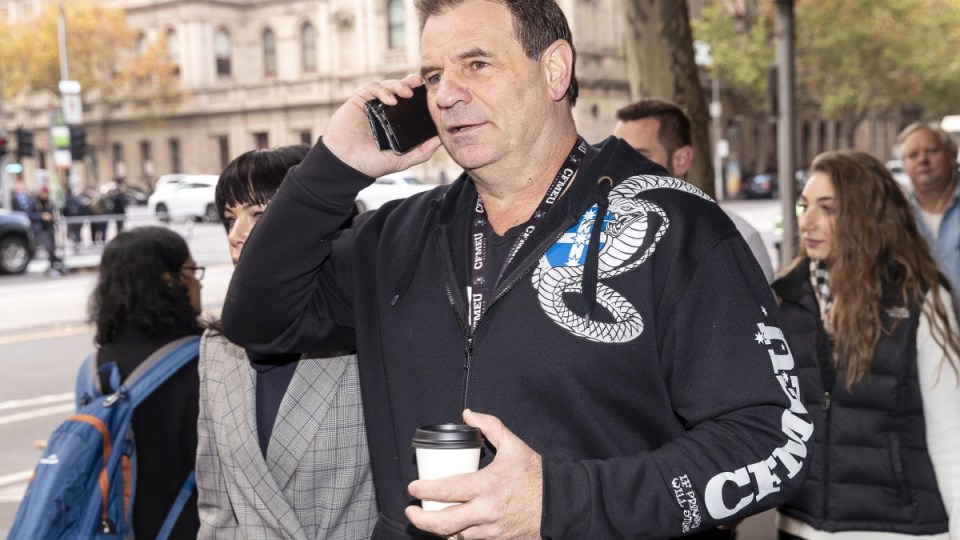 Mr Setka, the Victorian secretary of the Construction Forestry Maritime Mining and Energy Union (CFMMEU), has been under pressure to resign since he was charged earlier this year with using a carriage service to harass a woman.

Over the weekend Ms Batty, who has just been made an Officer of the Order of Australia, hit out at “ludicrous” criticism Mr Setka reportedly made of her advocacy.

The Age newspaper had reported Mr Setka told a union meeting Ms Batty’s advocacy, which she began after her 11-year-old son Luke was murdered by his father, had resulted in men having few rights.

In Perth on Tuesday, Mr Albanese said he had written to the secretary of the ALP, advising he would seek to have Mr Setka expelled from the party at the next meeting of its national executive.

“Rosie Batty is a great campaigner against family violence and the idea that she should be denigrated by someone like John Setka is completely
unacceptable to me as leader of the Australian Labor Party, and I don’t want him in our party,” he said. “It’s that simple.”

Mr Albanese said Mr Setka undermined the credibility of the trade union movement through his position and his public views.

Calls have been increasing for Mr Setka to quit, including from retiring Labor senator Doug Cameron and foreign affairs spokeswoman Penny Wong.

“(But) there is nothing mindful about the alleged behaviour of John Setka. He should put the movement and members first by resigning,” Senator Cameron tweeted.

“They are not in step with the values of the broader labour movement or the Labor Party,” she said.

“I think he should consider his position.”

Australian Council of Trade Unions secretary Sally McManus also said in a statement on Monday night that Mr Setka should stand down if the allegation that he had attacked Ms Batty’s work was true.

“If any of these allegation[s] are correct, John Setka must resign,” she said.

“There is no place for perpetuators of domestic violence in leadership positions in our movement.”

Ms McManus had been under pressure for the ACTU’s initial statement on the issue, which condemned “all acts of family and domestic violence” but did not address Mr Setka’s leadership directly.

The ACTU also released a statement from its president, Michele O’Neil, in which she stated violence against women must not be tolerated in the labour movement.