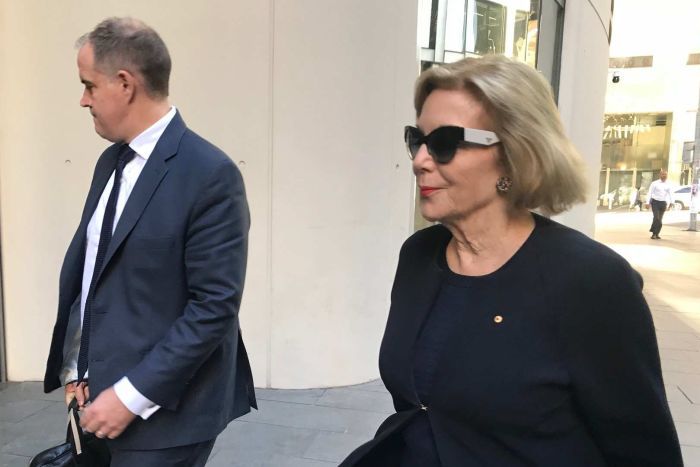 ABC chair Ita Buttrose arrived at the Commonwealth Parliamentary Offices in Sydney for a meeting with Prime Minister Scott Morrison on Tuesday.

The meeting, also involving ABC managing director David Anderson, is expected to cover a range of topics, including last week’s AFP raid on the ABC, as well as future funding for the national broadcaster.

Ms Buttrose has criticised the police search of the broadcaster’s Sydney headquarters as unprecedented and designed to intimidate.

Mr Fletcher, who has just been appointed to the role, said the government understood the issue had created anxiety within the media.

“The Prime Minister observed that this process that the AFP is undertaking needs to work through its course, but as he indicated as a principle if there are issues that arise then it’s always open to government to have a look at those,” he said.

He added it was “entirely appropriate” that Ms Buttrose had commented on the importance of press freedom following the ABC raid.

“As Minister for Communications, I see it as part of my responsibility to champion a vibrant and successful media sector – both government-owned and privately-owned,” he said.

“That is very important because the media has a vital role in a democracy.”

However, he added that there was always “a balance” in democracy.

“It’s always been subject to matters like the law of defamation, the law of sub judice [and] national security considerations.”

Ita Buttrose arrives for meeting with Morrison on AFP raid