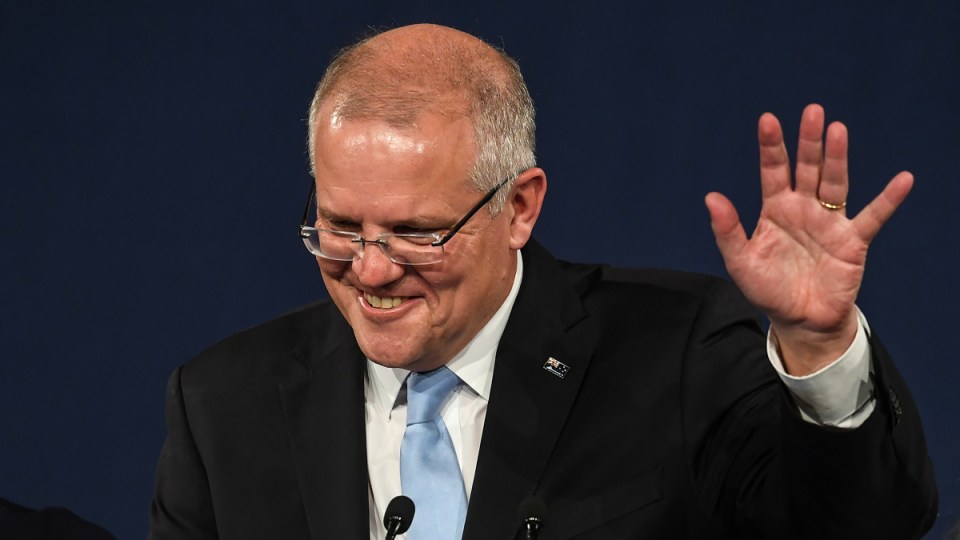 Scott Morrison is set to govern with a wafer-thin majority of just one seat after Labor claimed the New South Wales seat of Macquarie.

The result will deliver the Prime Minister a majority 77 seats in the House of Representatives, which has 151 members.

Mr Morrison’s historic victory against the odds – and the published polls – to deliver a third term for the Coalition was still a closely run affair.

The result means the Morrison government could still be vulnerable to rebel MPs crossing the floor on contentious legislation.

But even if a Coalition MP was to split and sit as an independent or resign, sparking a by-election in the future, the Prime Minister could continue to govern in minority with conservative independents.

In the final tally, as the counting of postal votes continue, Labor holds 68 seats, the Coalition 77 and there is a cross bench of six Independents.

Labor’s Susan Templeman was more than 500 votes ahead of Liberal candidate Sarah Richards on Monday night in Macquarie, with more than 95 per cent of the vote counted.

“Congratulations to my friend @stemplemanmp on winning #Macquarie — a smart, talented, hard working MP who will play an important role in the @AustralianLabor team,” Labor leader Anthony Albanese tweeted.

Ms Templeman has blamed the “retirees tax” scare campaign for contributing to a 2 per cent swing against the ALP in the seat.

“A roller coaster fortnight but worth the ride,” she said.

Mr Albanese has also blamed the “retirees tax” scare campaign for being a big factor in Labor’s election loss, laying the groundwork to scrap the policy.

As he continued his national “listening tour” in Tasmania on Monday, talking to voters about what went wrong during the election campaign, the new Opposition Leader has repeatedly raised the backlash from older Australians to Labor’s policies.

“From people both who were affected but, importantly also, from people who weren’t but who thought they might be.

“I think, frankly, we got some of our messaging wrong and we have to concede that. There’s no point looking at the scoreboard after the match and blaming the umpire or blaming the conditions on the ground. You have to actually accept the outcome and talk with people and ensure that we can do better.”

Labor has made no announcements yet about whether it will scrap the franking credits policy entirely, or cap or grandfather the scheme.

If it won government, Labor had planned to save the budget $60 billion in the next decade from dividend imputation changes – or about $6 billion a year. It argued that 94 per cent of retirees were unaffected by its policy and pensioners were exempt, unless they had a self-managed super fund.

The proposed savings were double the 10-year projection from scrapping negative gearing, which would have saved the budget about $30 billion.

Asked if the party’s climate change policy was now “dead and buried” or if negative gearing was off the table, Mr Albanese said Labor’s values remained the same.

“Specific policies are up for debate, but values aren’t. And one of the values is that we do have to listen to science on climate change,” he said.

“Obviously, we need to listen and learn from the election result 16 days ago. We’d be mad not to,” Dr Chalmers said.