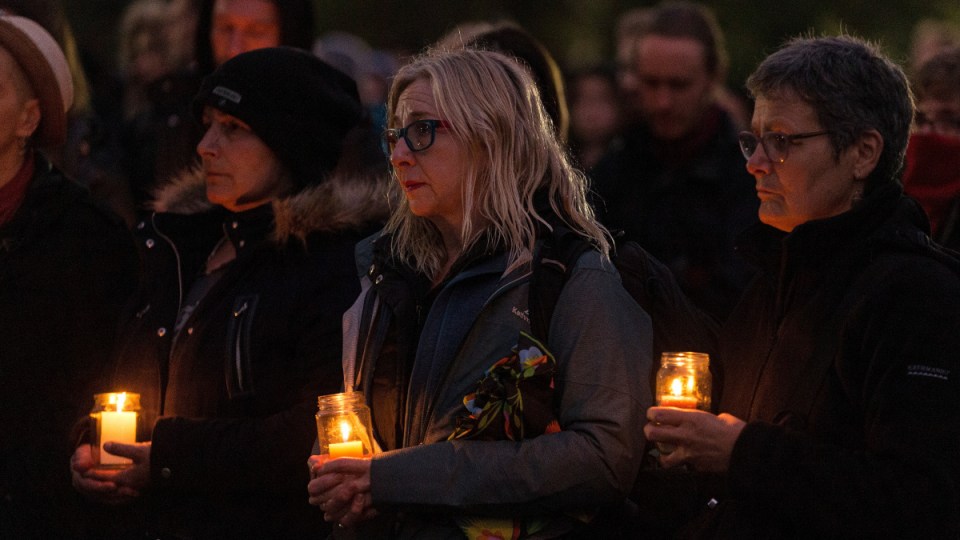 Mourners and people touched by the murder of Courtney Herron gather at a candlelight vigil in Melbourne. Photo: AAP

Courtney Herron’s devastated mother looked to the sky to plead to “be happy baby” as mourners stood in the rain to remember her slain daughter in a Melbourne park.

Maxie Herron stood among hundreds of strangers and family gathered at a silent vigil on Friday night at the site where her 25-year-old homeless daughter was found dead.

“She is not crying, she is watching down. She is at peace. She is in the arms of her papou saying ‘it’s okay Mum I’ve shed my tears’,” Ms Herron told the crowd through tears.

Ms Herron thanked those gathered and said her daughter had held back the rain back to allow her to speak.

“This outpouring of love is unexpected. My baby in life thought people didn’t care, and that people were staring at her. But she is in heaven watching down, saying ‘I am loved’,” she said.

Just as she stopped speaking, rain poured down.

Ms Herron’s grandmother, Connie, earlier held the photo of the slain woman perched at the makeshift memorial in Royal Park before repeatedly kissing her image, and crying. 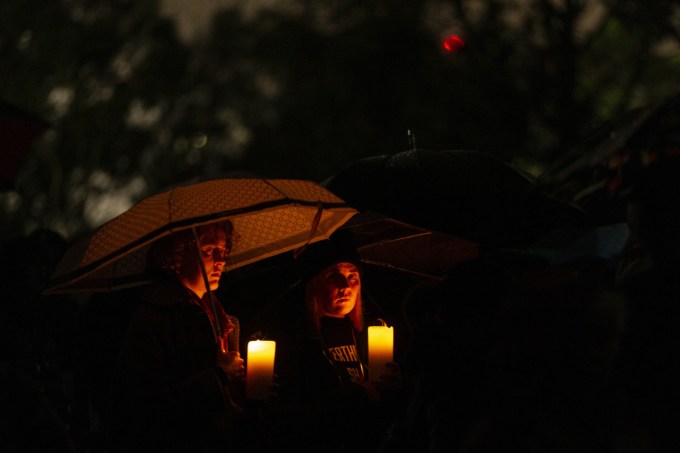 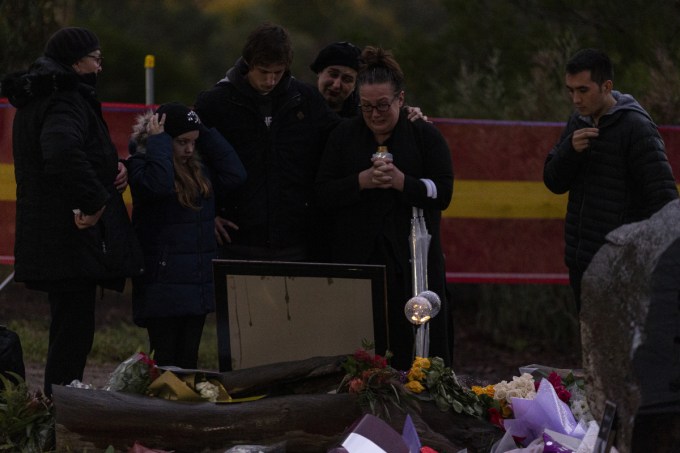 Silence at a vigil held for Courtney Herron. Photo: AAP 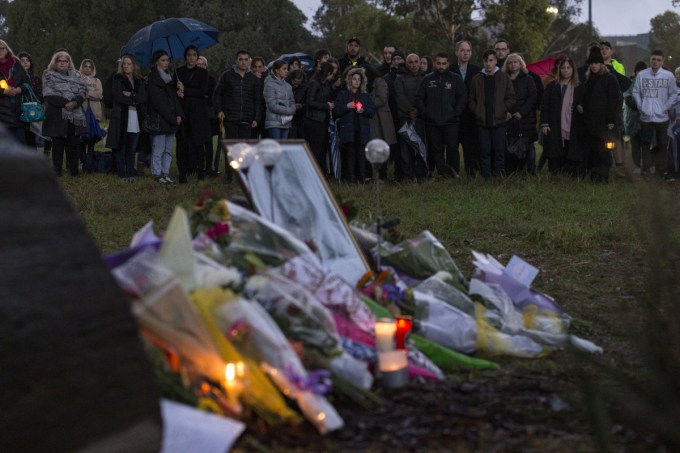 Hundreds of people gathered at a vigil for Ms Herron after her death. Photo: AAP Photo: AAP 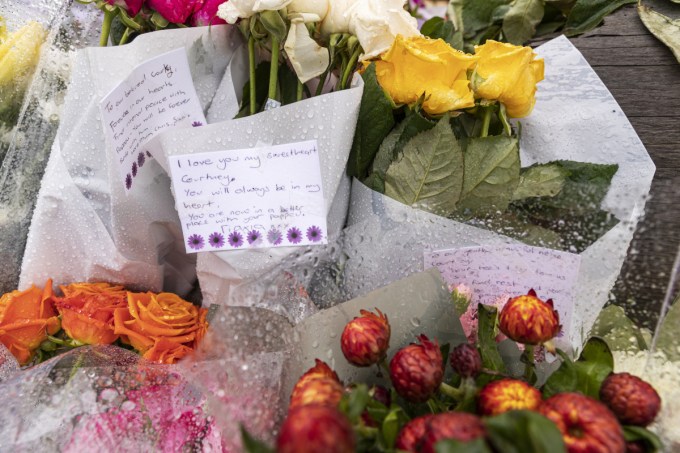 Ms Herron was the 20th woman to be killed in Australia this year, according to research group Counting Dead Women Australia, run by anti-violence campaigners Destroy the Joint.

She is the fourth young woman to be killed in a public Melbourne place in the past 12 months, including the June rape and murder of aspiring comedian Eurydice Dixon, 22, in a neighbouring suburb.

“The message I want politicians to hear is that we are tired of doing these vigils, and there needs to be a big structural change in how we address violence against women.”

Catriona, 30, came to remember Ms Herron and all women killed at the hands of men.

“We are a strong city and that we can come together and support one another through grief and through life,” she said.

The gathering continues to swell on a cold and miserable evening. Good on you Melbourne, for showing you care and that Courtney Herron deserved so much more @10NewsFirstMelb pic.twitter.com/SkXdWAXksw

The death of Ms Herron sparked an outpouring of grief and anger, reigniting calls for action to improve public safety for women.

“The safety of women is something that must concern us all,” federal Minister for Women Marise Payne said after Ms Herron’s death.

John Herron said his daughter’s death was “an unimaginable tragedy for our family” and asked to be left alone to grieve in private.

“These women are innocent. They are murdered simply for being women,” vigil organisers said.

He faced court on Monday and remains in custody. A recent image of the accused killer. Photo: Facebook

Hammond and Ms Herron reportedly left a party together just hours before her death.

An online fundraising appeal set up by the Melbourne Homeless Collective to help pay for her funeral exceeded its $10,000 target in just over 24 hours.

Friday’s vigil will be held less than two kilometres from Princes Park in Carlton North, where the body of 22-year-old comedian Eurydice Dixon was found on June 13 last year.

A vigil was held there after she was brutally killed after walking home from a comedy gig in the CBD.

Broadmeadows man Jaymes Todd, 19, has pleaded guilty to raping and murdering Ms Dixon after stalking her on foot for several kilometres as she made her way home from outside Flinders Street station.

Arab-Israeli exchange student Aiia Maasarwe, 21, also died after being attacked by a man unknown to her while walking home near Melbourne’s La Trobe University on January 15.

Her alleged killer, 20-year-old Codey Herrmann, has been charged.

In April, Natalina Angok’s body was found dumped in Melbourne’s Chinatown, allegedly killed by her one-time partner Christopher Allen who has since been charged.

In Sydney, the body of murdered dentist Preethi Reddy was discovered stuffed in a suitcase in March with multiple stab wounds.

Her ex-boyfriend Harsh Narde was a key suspect but died in a car crash.

On May 29, Western Australian police discovered the body of another woman – 34-year-old Jelagat Cheruiyot – at a block of units in Perth’s Osborne Park.

Mourners take back the night at vigil for Courtney Herron, found dead in Melbourne park