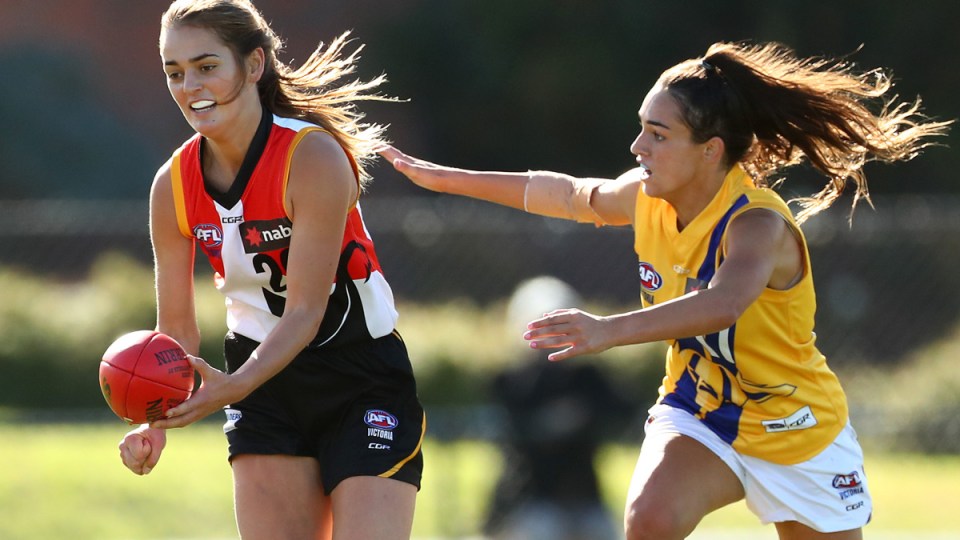 One in every two Australian girls are quitting sport by the age of 15, startling research on teenage participation in sport has found.

While earlier this month women’s AFL was celebrating kicking goals for female participation amid an explosion in women’s teams, a study released on Monday revealed there was still a long way to go to increase the number of girls getting active.

Almost 50 per cent of females in their late teens were found to have moved away from their favourite sporting activities or “completely” stopped, compared to 30 per cent of the boys surveyed.

“Close to 50 per cent step away and in the lead up to that – between the ages of 11 to 17 – girls are playing nearly an hour less of sport during the week than teenage boys,” Game On! A Team Girls Guide to Getting Active author Rebecca Sparrow told The New Daily.

Ms Sparrow said her experience playing sport was sadly no different to what the study revealed.

She quit netball after playing in primary school and high school, rejoining a club to play social netball in her 20s.

“It happens gradually and when they finish school, half of the girls are just gone and we want to change that,” Ms Sparrow said.

“There’s such a strong link between sport, the physical benefits of being active and from a mental health point of view, it can boost the confidence of teenage girls and women.”

The report seems in contrast to growing opportunities for girls and women to play sport – from far-flung country clubs to some of the most prestigious, elite professional women’s competitions.

Participation in women’s football has exploded across the country, with Victoria boasting 1092 women’s AFL teams in Victoria, up from 58 teams nine years ago.

But the study, which included surveys of more than 1000 parents and teens, suggests urgent action is needed to increase girls’ participation.

“Certainly for girls, you can’t be what you can’t see,” Ms Sparrow said.

“It’s brilliant to see so many amazing female [sports] role models, but it will take time to catch up.”

Ruby Mackay, 14, was among a chorus of girls to chant a ‘rally cry’ launched to raise awareness of female participation, in front of more than 7500 people at the Melbourne Vixens v NSW Swifts Super Netball game at Margaret Court Arena on Sunday.

The keen netballer from Diamond Creek Football Netball Club in Melbourne’s north-east, told The New Daily she didn’t want to play sport a few years ago.

“I thought I wasn’t good at it, and I thought you had to be good at one sport, but I didn’t have a sport,” Ruby said.

Like many girls, Ruby sometimes lacks confidence in her abilities, but her mother’s friend convinced her to play netball. She hasn’t looked back.

“I think it’s really important and I think girls shouldn’t turn their back on sport. All girls can do it,” she said.

But girls’ participation in organised sport is not the whole picture, and Australian research suggests girls are finding other ways to stay active.

A study by the Australian Sport Commission released in November 2017 found that while girls in their late teens may be stripping off their team colours, they are keeping busy with other forms of activity, such as training at the gym, fitness programs or simply walking.

The report found girls and women are also more active than boys and men when it comes to activity that can’t be classified under organised sport.

Some 38 per cent of girls between 15 and 17 years old participate in ‘non-sport-related activities’, compared to 36 per cent of boys.

This fitness disparity between the genders also skyrockets when girls become women.

Between the ages of 25 and 34 years old, 78 per cent of women participate in non-sport-related activity, compared to just 56 per cent of men.