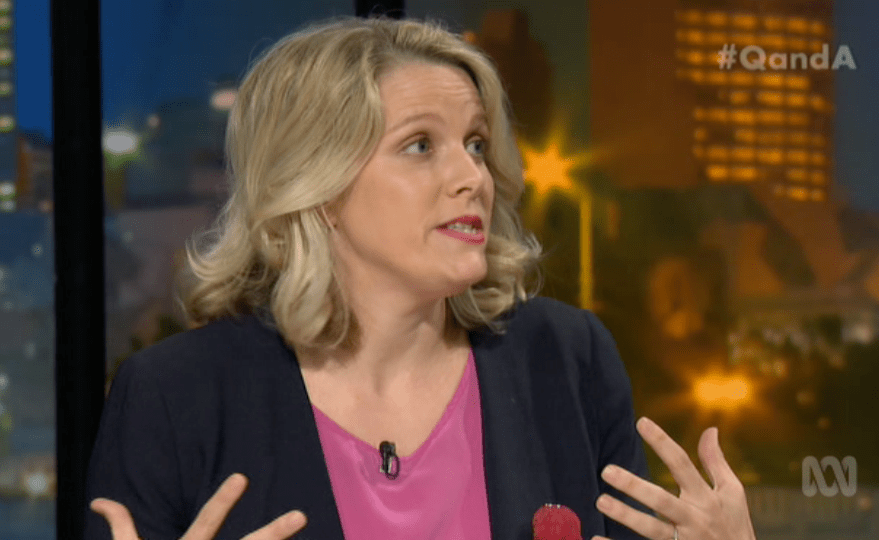 Both leader and deputy leader positions in the Labor Party will almost certainly be held by men after another senior woman bowed out of the race.

“It worried me that in 2019 we seemed to be having a leadership discussion about both positions that didn’t involve a woman,” Ms O’Neil said.

“Being a woman in the Labor Party doesn’t mean you will win every ballot.”

Ms O’Neil said her colleagues gave her “respectful” and “honest” feedback, and that it was not the right time for her to become deputy leader.

“I think the view that I have reached from colleagues is that I’d be probably OK at the kind of front-facing aspect of the deputy leadership role,” she said.

“But there is a lot to being deputy leader of the Labor Party that is internal, about bringing the party together behind the leader.

“Richard Marles has got the skills and the qualities and the experience at this stage to be able to do that job really well.”

Mr Marles is shadow defence minister and is a senior member of the Victorian right faction – the same grouping as Ms O’Neil.

Ms O’Neil said that fact that men would serve as both leader and deputy leader of the party did not detract from the party’s commitment to boosting gender equality in senior positions.

Sydney-based frontbencher Tanya Plibersek will not remain as deputy leader because Mr Albanese is from the same state and the same left-wing faction.

Ms Plibersek had considered a run at the leadership of the party, but said she could not reconcile responsibilities to her family and taking the top job.

“I am sure that when we step back from this, we will see a Labor Party where women have got their rightful place around the shadow cabinet table,” Ms O’Neil said.

“We will have Penny Wong smashing it as she does every day in the Senate.

“We will have Labor women across very senior leadership roles. Overly focusing on just those two roles, we need to look at the big picture.”

Ms O’Neil said Labor took the “wrong platform” to the election, saying the party got it “badly wrong” with an agenda that was “too crowded”.

“I think that we need to have a serious think about how many difficult things we can take on at once, especially from opposition.”

She said much of the party’s 2019 election platform was important, but suggested it was difficult to explain to “ordinary Australians” who were not heavily engaged in politics.

“How are we going to design an agenda for change that’s befitting of a future Labor government that we can easily explain to those people?” she said.