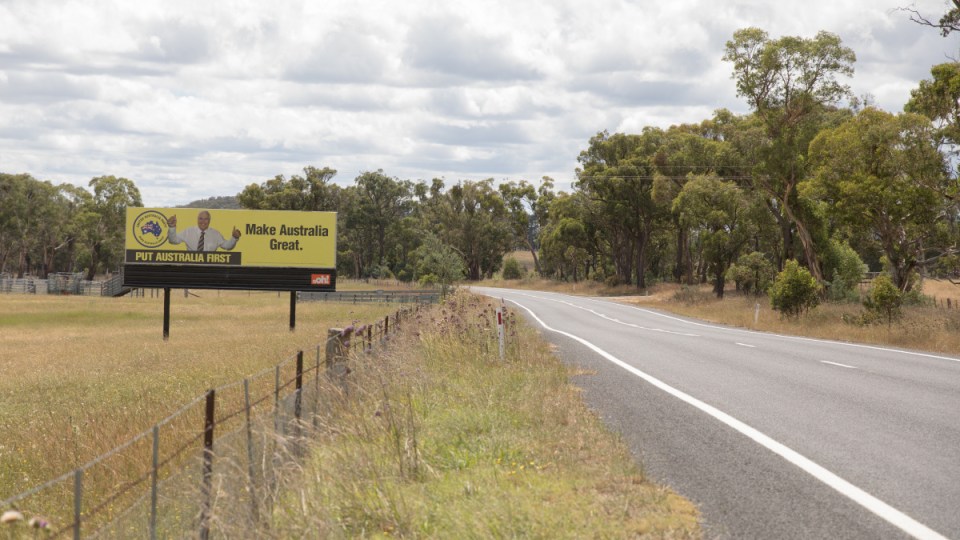 One of Clive Palmer's signs on the roadside of Portland, New South Wales. Photo: Getty

The United Australia Party leader reportedly spent more than $50 million on advertising during the campaign, in which he ran as a Senate candidate in Queensland.

But despite pouring millions of dollars on yellow signs spouting messages such as “Make Australia great”, the eccentric billionaire failed to win a single seat.

As a tongue-in-cheek dig at Mr Palmer, graphic designer Adrian Elton decided to photoshop a billboard ad and share it on social media.

Mr Elton told marketing magazine B&T that he made the spoof on Monday night “as an afterthought before crawling into bed”.

“I took the first screenshot of the ‘SNILLE’ chair (and then) it took all of 12 minutes to create,” Mr Elton said.

The United Australia Party, though it failed to win a seat, secured 3.4 per cent of the nationwide vote and helped Mr Palmer achieve his goal of thwarting Labor’s chances at winning the election.

“We decided to polarise the electorate and put what advertising we had left that hadn’t been used into explaining to Australian people what Shorten’s economic plans were for the country and how they needed to be worried about them,” Mr Palmer told ABC radio Brisbane.

“I’m very, very elated that we’ve got a strong government in Australia.”