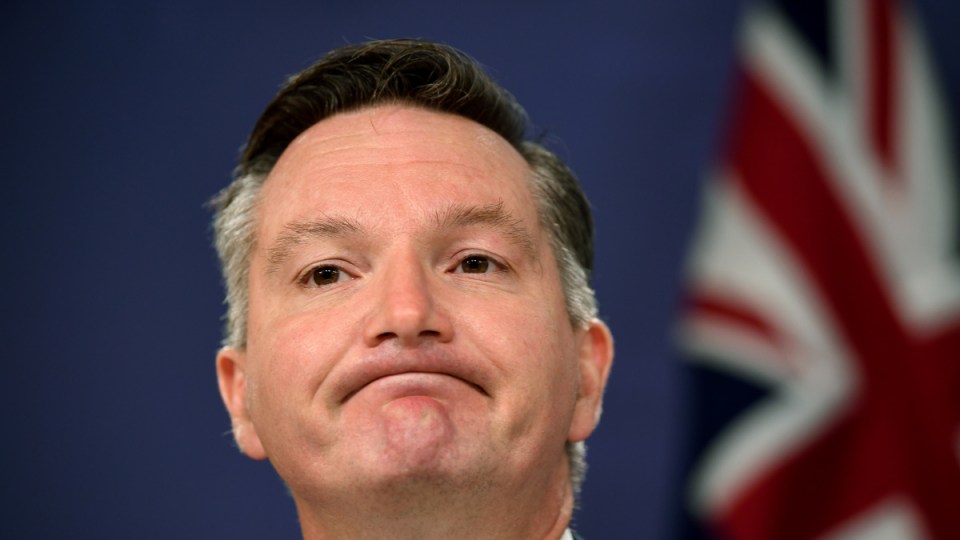 Chris Bowen has announced he will contest the Labor leadership. Photo: AAP

Senior frontbenchers Chris Bowen and Anthony Albanese are vying for the Labor leadership, with both conceding the party’s policy offerings need examining.

And more possible contenders, including Queenslander Jim Chalmers and former Agriculture Minister Joel Fitzgibbon, are yet to rule out joining the race.

Mr Bowen, a member of the ALP right, formally announced his bid on Tuesday morning in front of the house where he grew up in Sydney’s Smithfield.

“I think the party does deserve contest. I think that the party deserves a choice,” he said.

He took ownership of Labor’s franking credits policy, which was devastatingly described as a “retiree tax” by the Coalition during the campaign, but said the party would start with a blank policy slate for the coming term.

“No political party ever takes to the next election, exactly the same policies they took to the last. That would be dumb.”

Mr Albanese, from the party’s left, indicated on Sunday he’d make a second tilt for the leadership, which he lost to Bill Shorten in 2013.

He’s been campaigning strongly since, saying Labor needs to take a hard look at some of its policies.

“We got one in three Australians to vote for us. That’s the truth. That is not good enough,” he told 3AW radio.

Mr Albanese said many voters had contacted him about the franking credit overhaul.

“In many cases, people who were getting a relatively small amount … but it was that $2000 or $3000 that they were using to pay their rates, to pay their car rego, for a holiday at the end of the year,” he said.

It could be capped or grandfathered, he said.

Nevertheless, he thought the Morrison government would have to act on the issue because its near $8 billion a year cost to the budget was unsustainable.

Deputy leader Tanya Plibersek, also from the left faction, ruled herself out on Monday, saying it was not her time.

Mr Bowen said if Ms Plibersek wanted to stay on as deputy and the caucus agreed, he would be happy to work with her.

Other potential deputies he floated were Linda Burney and Mark Butler, although he won’t be running on a ticket with anyone.

The leadership will be decided by a vote of grassroots members and the federal parliamentary caucus, with each group given 50 per cent weight.

Caucus will not be told the result of the grassroots vote before MPs make their decision.

‘What you see is what you get with me. And I think I'm in the best position to take Labor forward into government.’ – @AlboMP #abc730 #auspol pic.twitter.com/7MNjWwBVJR

Mr Albanese won the grassroots vote in 2013 but did not get enough caucus votes to defeat Bill Shorten.

“The Labor Party went in on Saturday as favourite, too. I’m a bit over favourites.”

Mr Chalmers confirmed on the ABC’s Q&A program on Monday night that he was talking to his colleagues and considering a tilt at the leadership. He said he wanted to play a “substantial” role in rebuilding the party after its shock election loss.

“I’m considering it. I’m talking to my colleagues about it. I don’t think it’s unreasonable that a few of us take some time to work out what we want to do,” he said.

He said Saturday’s election loss was “heartbreaking”, but he wanted to play a major role in shaping the party’s future.

The search for the next leader is expected to take about a month.

Bill Shorten will continue as Labor’s interim leader until the party’s leadership is determined.

Labor’s national executive will meet on Wednesday to formalise nominees and start the ballot process.

Spain and Portugal see major leaps in monkeypox infections
Peter Dutton touted as next Liberal leader as he claimed victory in Dickson
Volodymyr Zelensky: How war will end as Ukraine ‘breaks backbone’ of Russian army
Jim Chalmers decries Coalition waste as Labor hits the hustings amid downpours in Queensland
Anthony Albanese, Scott Morrison cast their votes in Sydney
Australian aces at French Open out to show there’s life after Ash Barty
Scott Morrison will need a few more of his miracles
Today's Stories