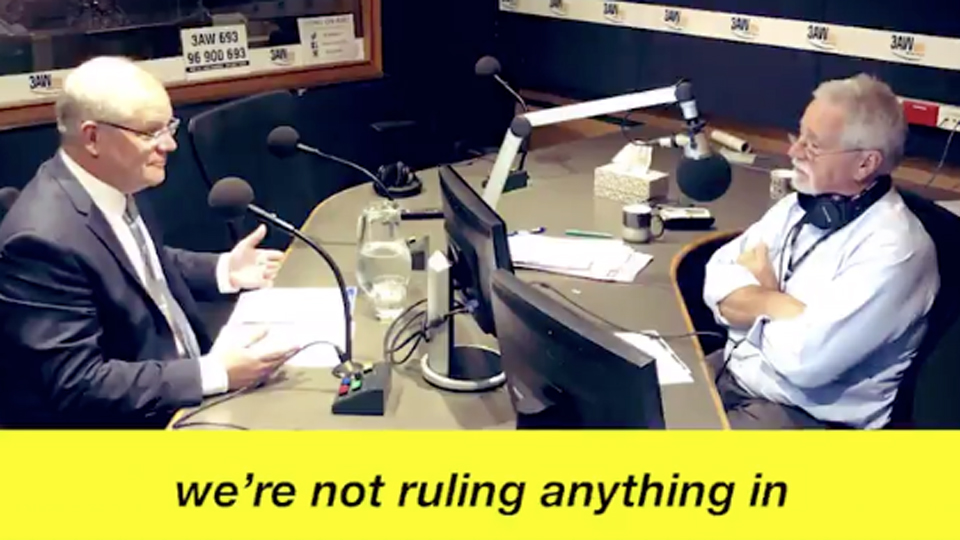 The Prime Minister is the target of the advertisement, which highlights a four-year-old interview in which he refused to rule out an inheritance tax.

The context was the Liberal Party’s “great, big tax adventure” after Malcolm Turnbull was elevated as PM and the party flirted with increasing the GST.

Why won't Mr Morrison rule out a death tax? pic.twitter.com/94LkSRAN4P

The NSW Labor ad features audio from an interview with Melbourne broadcaster Neil Mitchell, where Mr Morrison was repeatedly asked to rule out the controversial idea.

“You aren’t seriously looking at death duties, are you?” Mitchell asked.

“But, I mean, it’s been floated seriously and it will terrify people, the idea of death duties? Can’t we just say no?” Mitchell said.

There’s no suggestion either side of politics is even considering a death tax.

But the Liberal Party is mounting a concerted effort to convince Australians that a Shorten government would introduce death taxes – despite the Labor leader describing it as “a total lie”.

Can you trust Labor on taxes? pic.twitter.com/noM2cvNs7C

The Liberal Party denied involvement. But the issue has emerged in authorised advertising approved by party director Andrew Hirst.

In Queensland on Tuesday, Mr Shorten raised the issue unprompted to publicly reject the idea.

“While we are on the issue of scare campaigns, I want to call out the latest bit of rubbish from the government lie machine,” Mr Shorten said.

“That is the so-called death tax. There is actually only one leader who has never ruled out a death tax, and that is the current prime minister.

Within hours of those comments on Tuesday, the Liberal Party released a new ad linking Mr Shorten’s denial with Julia Gillard’s 2010 denial that there would be “no carbon tax under a government I lead”.

Australia is one of the few developed countries without an inheritance tax. Capital gains tax does apply when assets are sold or transferred.

The 2010 Henry report into the future of Australia’s tax system raised the idea of “wealth transfer taxes”. But it has never been picked up by the major parties.

Asked about death duties in 2015, Mr Morrison refused to play the “rule in, rule out” game.

In Canberra, the Liberal Party has paid for an advertising truck with the slogan, “Labor will tax you to death”.

“Labor will tax your rent, your car, your home, your retirement,” it says.