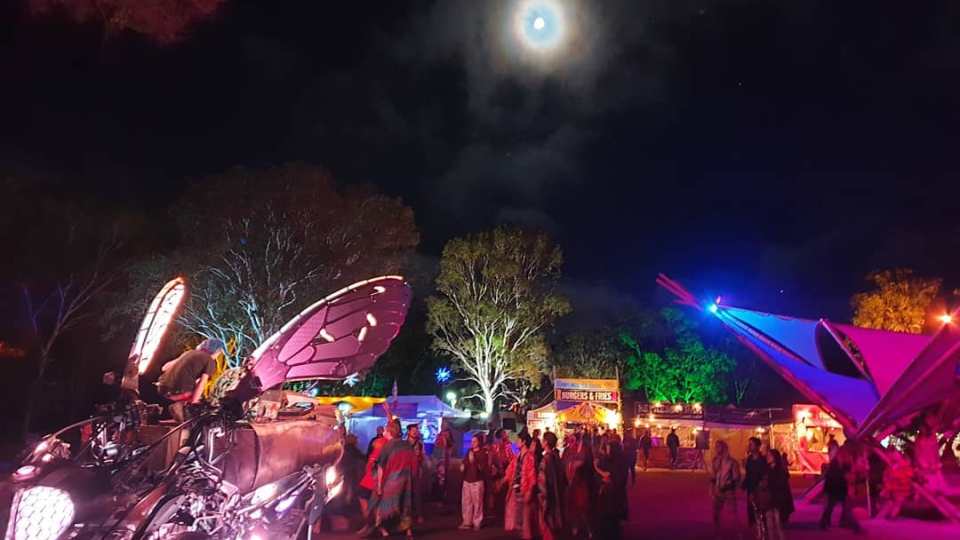 A 24-year-old man and a 22-year-old woman have been found dead at a music festival near the border of New South Wales and Queensland.

Police were called to the Rabbits Eat Lettuce festival near Warwick in Queensland at 9.30am on Sunday after the bodies were discovered in a tent.

Paramedics were called to the scene soon after, when they assessed the pair.

“While investigations are continuing to determine the cause of death. There are no suspicious circumstances at this stage,” a police statement said.

The festival, which began on Thursday and ran until Sunday, was held at the Cherrabah Resort, inland of the Gold Coast, next to dense bushland.

Officers are at the scene.

In a statement posted to social media, the festival’s organisers said the deaths were “absolutely heartbreaking”.

“All of the staff and community at Rabbits Eat Lettuce would like to pass on our sincerest condolences to the family and friends of those who were found deceased,” the organisers said on Facebook.

“Our thoughts and concerns are predominately for their wellbeing and privacy during this time.”

The statement added that “highly trained first aid, professional paramedics working 24 hours throughout the festival” and on-call doctors in addition to Queensland police and ambulance “on duty in a user-pay capacity”.

“We work together with authorities to ensure that the environment we provide is as safe as possible,” the statement said.

“The relevant bodies will be investigating to determine exactly what happened. It is appropriate that we give them the chance to do their work and respect the deceased family’s right to privacy and avoid any speculation.”