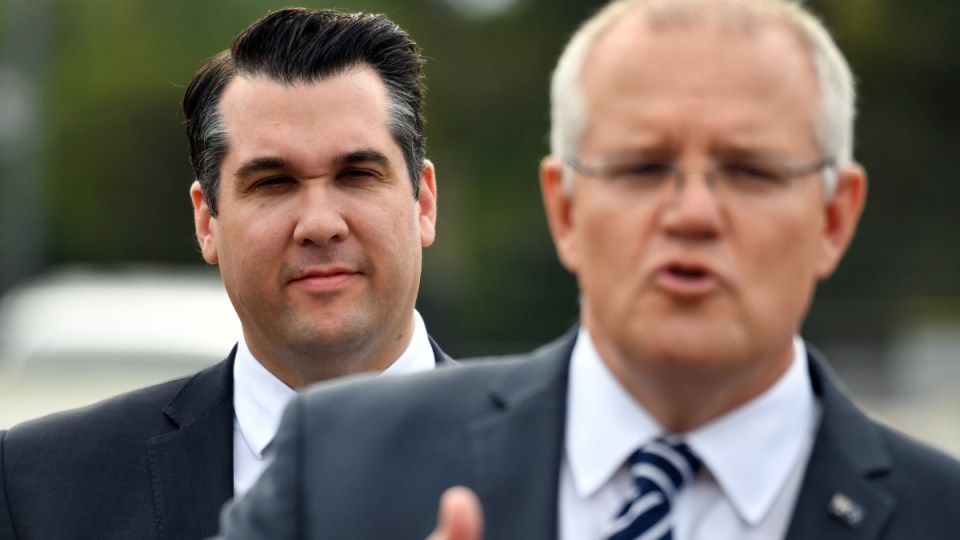 Unlike the boy in the bubble who depended on his hermetically sealed dome to keep him safe from life-threatening infection, Scott Morrison’s bubble is killing him.

He pretends the coup of last August that delivered him the prime ministership is now of interest only to other inhabitants of the political bubble – the Canberra press gallery.

The prime minister’s campaigning in the marginal Victorian seat of Deakin should disabuse him of any such consolation.

There he was, fronting the travelling media standing in front of his local MP Michael Sukkar – a Dutton numbers man accused of bullying colleagues like the now independent Julia Banks.

Michael Koziol from The Age and Sydney Morning Herald noted that Mr Sukkar’s judgement was that Peter Dutton should have been the leader of the Liberal Party.

“How much of that contributed to the problems you are facing in Victoria?”

Mr Morrison tersely answered: “That is a bubble question. I will leave that one in the bubble.”

Labor research has found that Mr Dutton is “one of the most toxic people in Australian politics”, as Labor’s shadow health minister Catherine King confidently proclaimed at a news conference with Bill Shorten.

The ALP even released an ad to coincide with its Victorian campaign targeting Mr Dutton and particularly his performance as Tony Abbott’s short-lived health minister.

Campaigners in Mr Dutton’s seat of Dickson say the dour Home Affairs Minister “will be lucky to run second” in the election.

Whatever Mr Dutton’s personal fate, the real issue in this general election is that his ill-considered and botched attempt to snatch the prime ministership has robbed Mr Morrison and the Liberals of credibility in this campaign.

Mr Shorten sums it up powerfully when he says that three years ago “Mr Dutton and Mr Morrison all queued up to have their photo taken with Mr Turnbull. They said ‘If you vote Liberal and Malcolm Turnbull, that’s what you’ll have for three years’. Ever since they’ve had division, dysfunction and disunity.”

Mr Sukkar was very uncomfortable when cornered by the media over his role in the Dutton disruption and beat a quick retreat.

But neither he, nor his leader, can easily pretend they aren’t caught in a dreadful situation mostly of their own making.

Constraining Mr Morrison is his inability to assure voters that he has resolved the policy divides – especially on climate that led to Mr Turnbull’s demise or merely patched them up for the campaign.

There is evidence in the latest polling that the electorate is polarising with independents and minors losing ground to the two major parties.

However, the Coalition primary vote of 39 per cent in the latest Newspoll is three points behind the vote it got in the 2016 election – a result that saw it survive with a one-seat majority.

Polling analyst Andrew Catsaras says the Coalition needs a five-point, primary-vote lead over Labor to be assured of victory.

Unlike Labor, they do not have the fallback of Greens’ preferences, and they have the indiscipline of hard-right parties like One Nation gnawing at them.

Some Liberals, particularly in Victoria, fear Mr Morrison has peaked and the baggage of the past three, let alone six years – three prime ministers in the period – will erode support in the next five weeks.

Labor’s Dutton attack ad this week is evidence the party will not let voters forget.

The Liberals are desperately hoping Mr Shorten’s relative unpopularity in the polls will dissuade wavering voters and they are gearing up to paint him as a dangerous bogey man.

It hasn’t worked so far, and with the intervention of the Easter break and Anzac Day next week, it will make it that much harder for Mr Morrison to generate momentum.

Sukkar punch: Scott Morrison can’t escape the bubble of the past