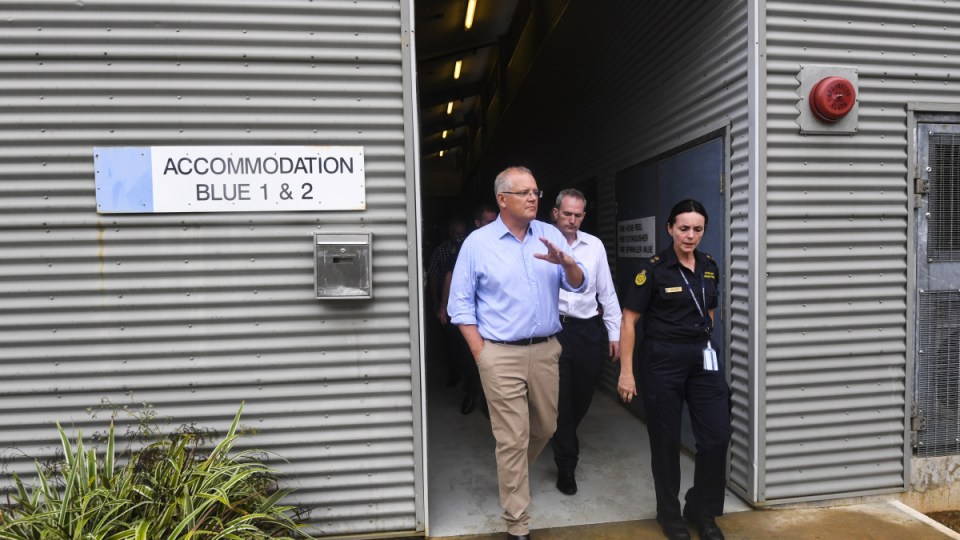 Scott Morrison has defended spending $185 million reopening an immigration detention centre on Christmas Island only to shut it down again.

The prime minister said the resurrected facility, which has not taken in a single refugee since reopening six weeks ago, was doing its job.

“It is providing a deterrent to those who would have looked to game the system,” he told reporters in Sydney on Sunday.

“The fact you’ve seen so few people now seeking to game that system, when advocates and others said they would be coming each and every day, that hasn’t happened because of the actions we’ve taken as a government.

Mr Morrison reopened the mothballed facility after legislation was passed against his will, making it easier for sick refugees on Manus Island and Nauru to seek medical transfers.

The government has sent 140 contractors and 14 medical staff to Christmas Island, despite there being no detainees to look after.

At the time the laws passed, the Prime Minister warned they would open the floodgates to hundreds of people.

However, just one person has been evacuated since the changes took effect.

That individual bypassed Christmas Island and came straight to Australia, because the level of medical care they needed was only available on the mainland.

“Whether it’s in our turn backs, whether it’s in offshore processing or whether it’s with Christmas Island, we are absolutely focused on ensuring there is no repeat of Labor’s disastrous border protection policies,” he told the ABC’s Insiders.

Mr Frydenberg was pressed on whether the government’s rhetoric had been exposed by the fact only one person had been transferred.

“You could see it the other way around, which is, the so-called emergency that everyone was talking about hasn’t actually eventuated,” he said.

The government intends to repeal the medical evacuation laws and close Christmas Island if it wins the upcoming election.

However, it is not clear whether the Senate would support unwinding the laws, which give doctors a greater say in granting medical transfers.

“Our policy is to close it in July that’s a publicly stated position and we’ll do so given the first opportunity,” Mr Frydenberg said.