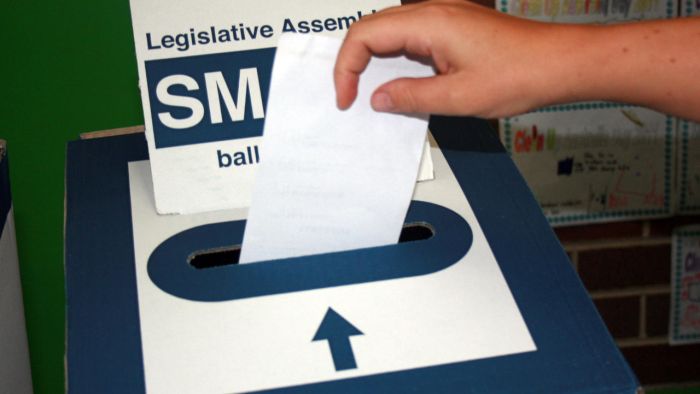 The date of the federal election is expected to be called this weekend as a poll suggests more voters will go for one of the minor parties.

Voters won’t be headed to the polls until May 18, but Scott Morrison’s decision to delay calling an election this weekend has raised big questions over whether promised $1,080 tax cuts can get through Parliament before July.

Ten million Australians earning under $130,000 a year who were promised the $1,080 tax cut by both sides of politics remain in limbo on the question of whether they will get the tax refund in their pocket this year.

“If the Government supports Labor’s bigger, better and fairer income tax cuts, particularly for those earning below $40,000, then they should make that clear so the ATO can prepare for those to start from 1 July.”

If ⁦@ScottMorrisonMP⁩ does delay the election until May 25 he will have some serious questions to answer over whether he’s actually serious about getting July 1 tax cuts through the Parliament. https://t.co/UCTP9jfobx

But the Prime Minister has failed to fire the starting gun this weekend, with government sources confirming that a May 11 election has now been scratched from the election race.

That leaves May 18 or even May 25 – both dates imposing an extremely tight time frame for the Australian Electoral Commission to complete the count in House of Representatives seats that will be won or lost by only a handful of votes.

Australian Electoral Commission spokesman Evan Ekin-Smyth told The New Daily on Sunday that the absolute minimum for a federal election count was a fortnight.

“A lot depends on how many close seats we have,” he said.

“The 13-day time frame is what we are legislatively required to allow to wait for postal votes for example.

“In some seats, we have situations where the margin is less than the postal votes we are waiting for, so we just can’t declare the seat.”

“At the last election, there was a mandatory recount in the seat of Herbert in Townsville. I think that was in the order of another week.

“If there ares no close seats we just we might be ready after 13 days to declare all 150 seats. Potentially, but that’s the minimum timeframe.”

A fortnight after May 18 would take the government through to June 1, but a more likely timeframe would be June 8.

If the election could be finalised by then and MPs advised of a parliamentary sitting, that would leave the final fortnight in June to pass the tax cuts before the July 1 deadline.

The Senate count is complex and requires an even ” longer a timeframe.”

The decision to delay calling the election allows the Morrison Government another week of spending up to $600,000 a day on government advertising until it enters into caretaker mode when an election is called.

Publicly, the government is claiming it wants another week selling the budget

“Bill Shorten’s already measuring up the curtains in The Lodge, and my message to him is ‘don’t go and buy the curtains’.”

Labor frontbencher Anthony Albanese shot back that the delay was clearly to run more taxpayer-funded ads.

“The only reason why this is occurring is so that they continue their rollout of taxpayer-funded advertising – advertising in my electorate are paying for each and every day,” he told Sky News on Sunday.

Labor leader Bill Shorten has accused the Morrison Government of being a “government that has given up governing.”

He plans to hit the hustings today regardless of when the Prime Minister calls the election.