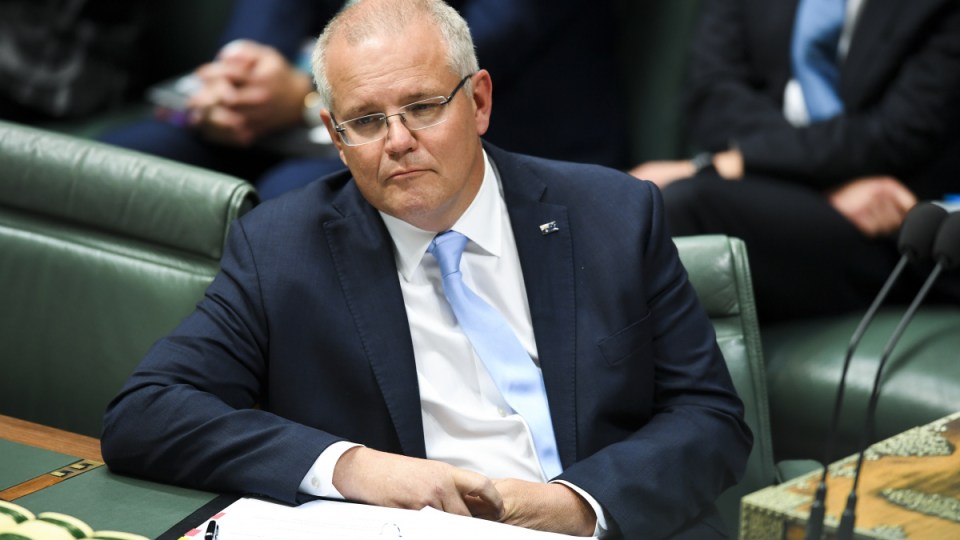 The election will be on a Saturday in May – but Scott Morrison says he has not yet decided which one. Photo: AAP

While Prime Minister Scott Morrison is widely expected to call the election this weekend, he told his Coalition colleagues on Tuesday that he is yet to make up his mind on the exact date.

He said he would determine that “in a short while”, and May 11, 18 and 25 were all possibilities.

“This election is ours to win, not theirs to lose,” Mr Morrison said.

Delaying the election until May 25 would push the current parliament to its absolute limit and could make the electoral commission’s task of getting votes counted before the Senate’s expiry at the end of June very difficult.

It is expected to offer widespread tax relief and other sweeteners, with an election just weeks away.

The Coalition says the budget will also deliver the country’s first surplus in 12 years.

Economists have forecast the government will have billions of extra dollars to play with than were projected at its last budget update in December.

At the time, Mr Frydenberg forecast a deficit of $5.2 billion for the 2018-2019 financial year – less than half the original forecast deficit of $14.5 billion.

He also said he expected the government to deliver a surplus of $4.1 billion in mid-2020. Since then, forecasts of a surplus have been brought forward to Tuesday night’s budget.

The extra revenue has poured into the governments coffers by way of higher commodity prices, which have meant companies paid more tax.

More Australians getting jobs has also helped, raising the amount of tax paid overall by individuals.

Labor leader Bill Shorten said it was the mining industry and Australian workers who have done the hard yards.

“If we have a surplus, I will not thank the government. I will thank the Australian people and thank our export resources industry,” he said.

“It is that quantity of coal and iron ore going to north Asia which has done the heavy lifting. But, of course, you have got to be careful of relying on commodities to sustain us.”

The budget is expected to include extra tax relief for low and middle-income workers earning up to $90,000 a year. They will reportedly be given an annual boost of about $1000 on top of tax breaks they received last year.

Mr Frydenberg is also expected to announce the government’s net debt of $370 billion will be wiped out within 10 years, The Australian reports.

It said the budget will feature significantly higher surpluses, while the deficit for this financial year will be lower than the $5.2 billion forecast in December 2018, marking a $10 billion turnaround on last year’s budget estimates.

However, with the budget legislation put to Parliament late on Tuesday night and the Senate holding estimates hearings instead of sitting on Thursday and Friday, it leaves only Wednesday to get the changes through both chambers.

Independent senator Tim Storer is open to supporting the tax breaks but said getting legislation passed within the two-day timetable will be a stretch.

“I think it’s a significant ask,” he told ABC radio.

“It’s up to them to try and manufacture within this short period a reasonable argument for implementation of what they actually announce tonight.”

The budget was released on Tuesday at 7.30pm.

Labor has already flagged it will deliver its economic statement later in the year if, as polls suggest, it wins the election.

Morrison yet to decide on date for federal election