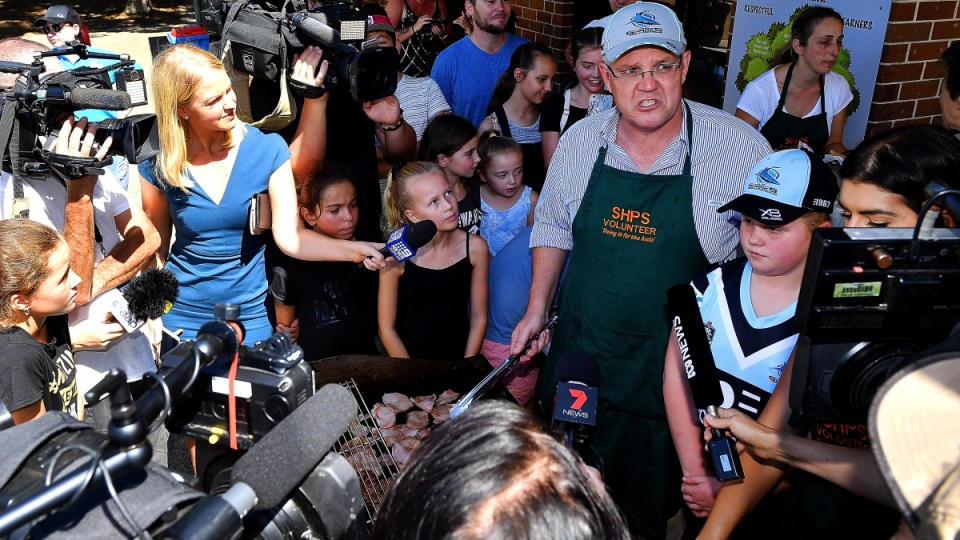 Speculation is hitting fever pitch that the federal election campaign politicians have spent months, if not years, preparing for could be underway within days.

Scott Morrison, the treasurer turned Prime Minister, wants to release a surplus federal budget so he can head into the election campaigning on strong economic credentials.

His Treasury replacement, Josh Frydenberg, will hand down that Budget on Tuesday. Then all eyes will turn to Government House, the Governor-General’s home and the place Mr Morrison will visit to ask for the parliament to be dissolved and an election called.

Only Mr Morrison knows when he will call for an election, but politicians of all stripes are speculating heavily it will be later this week.

If that’s the case, it’s likely voters will head to the polls in mid-May.

Why will the election be in May?

Basically, the government needs to hold the standard general election (where all lower house seats and half of the senate spots are up for grabs) before May 18, 2019.

There has to be a minimum of 33 days campaigning before an election is called, so that rules out all of April.

And elections in Australia are held only on Saturdays.

By process of elimination, that means there are only a few remaining Saturdays in May that the election could be held on.

The election could be on any of these days …

The first option would be May 4. But there is one big reason why the election probably won’t be called for this date.

Mr Morrison would have to call the election today or tomorrow, to fulfil the 33-day campaigning period.

This would be unlikely given the government is due to hand down its budget on Tuesday.

Sending people to the polls in early May would also mean one of the last weekends of the campaign would be interrupted by the Easter long weekend.

That brings us to mid-May, which at this stage looks like a real possibility.

May 11 would allow the PM to call the election after the budget (possibly even this week) and satisfy the 33-day mandatory campaigning period.

Another contender is May 18, which has all the benefits of May 11 in its favour, as well as giving the government more time to call the election.

It’s the last weekend available for a standard general election.

That rules out May 25. Here’s ABC election analyst Antony Green on why this is the case:

“The holding of a double dissolution on July 2 meant the terms of all senators began on July 1, 2016, and the next half-senate election will have to be held before the terms of senators expire on June 30, 2019,” he wrote last year.

“The Australian Electoral Commission has advised it takes up to six weeks to finalise the Senate count.

“So May 18, 2019 has been advised as the last possible day on which a half-senate election can be held.”

So when could the PM call it?

Mr Morrison will have to call the election by April 15.

He can visit the Governor-General at any time and nominate a date for an election.

However, this would have to be announced at a media conference a day or two prior to initiate an election.

According to Mr Green, the normal practice is for the dissolutions and writ issue to take place on a Monday for a Saturday 33 days later.

The media conference announcing the election is usually held between the Friday and Sunday before the writs are issued on the Monday.

When will Scott Morrison call the election? And when will it be?