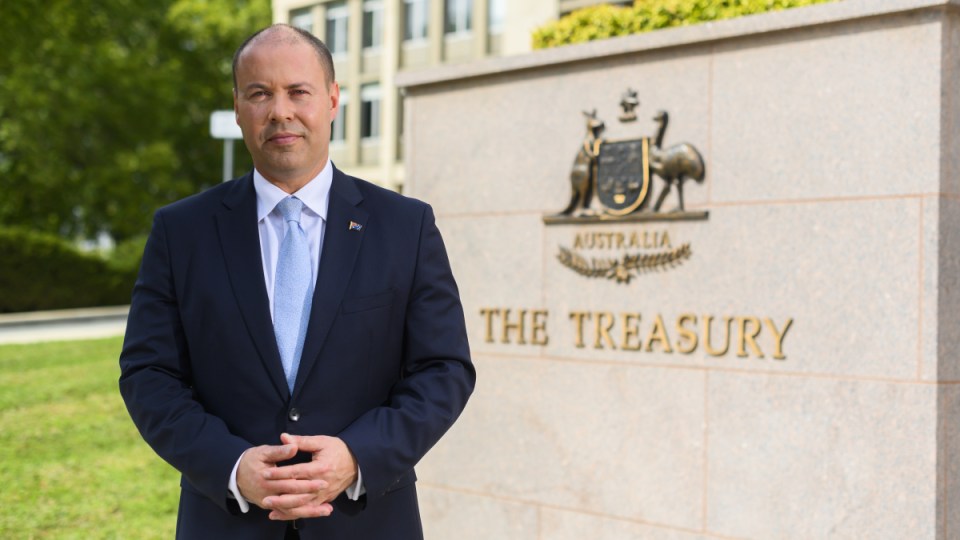 Whatever Treasurer Josh Frydenberg delivers on Tuesday night, it will not be a budget in the regular sense of the word.

It will be a wing and a prayer, hoping to break with precedent and deliver a circuit-breaking and election-winning bounce.

But any analysis of budgets in recent years shows any bounce in the opinion polls – if there is one – is late and ephemeral.

Certainly, to expect this year’s effort, brought forward from May, will be seen in anything else other than a cynical pre-election context is wishful thinking.

Indeed, the latest Essential poll of voters’ expectations shows most aren’t expecting very much at all.

For that, Scott Morrison can blame himself. Not that he will admit it.

On Monday, he chided a reporter for querying whether the $700 million promised for infrastructure in the Victorian ultra-marginal Liberal seat of Corangamite would survive a government election loss.

“It’s in the budget, so yes” he replied.

In other words, it’s a government measure and not an election promise.

Except that is all it can be.

The government will run out of time before its measures – or most of them – can be legislated.

There are just three sitting days this week before Mr Morrison rushes off to the Governor-General to prorogue the Parliament and name the election day.

He nailed exactly why last-minute cash splashes fail to impress: “What new idea is the government going to do in the next six weeks that they couldn’t do in the last six years?”

To give meat to his rhetorical question, he seized on budget eve to release Labor’s much more ambitious climate and energy policies.

They are bold enough to have sucked much of the oxygen out of the government’s fiscal massaging.

They also highlight the Coalition’s failure to deliver on its promises, over six years, of cheaper electricity and a meaningful climate change agenda.

This was straight out of the John Howard/Peter Costello playbook.

In five of the Howard and Costello budgets, one-off payments much more generous than the $125 announced for couples this time were allocated for pensioners, carers and utility bill relief.

The handouts worked for four years but failed to stem the electoral bleeding in 2007.

Mr Shorten says: “This is not an economic document, it’s a political leaflet by a government asking you to forget the last six years of division and disunity.”

Mr Morrison is clearly putting much store on this being the first budget with a surplus in 12 years.

Again, voters will have to wait for the final budget outcome in a year’s time to see if this forecast is delivered.

For that to happen, the extra revenue – a nice way of saying tax take – from stronger iron ore and coal exports and more Australians paying income tax will have to hold up.

And if they do, that money is available to whoever is in government.

There is one significant piece of luck for the Liberals.

Labor in opposition doesn’t go for the political jugular over debt and deficits. On the weekend, shadow treasurer Chris Bowen used it almost as a throwaway line.

He noted that, in the Coalition’s six years of being better economic managers, it had “doubled the net debt”.

The debt truck the Liberals rolled out during Labor’s incumbent years would have to be a pantechnicon now.

And we would have a “debt emergency”, to paraphrase the Tony Abbott of old.

But, in the end, even the best “political pamphlets” don’t mean much if the voters believe its authors will not be around long enough to translate words into action.