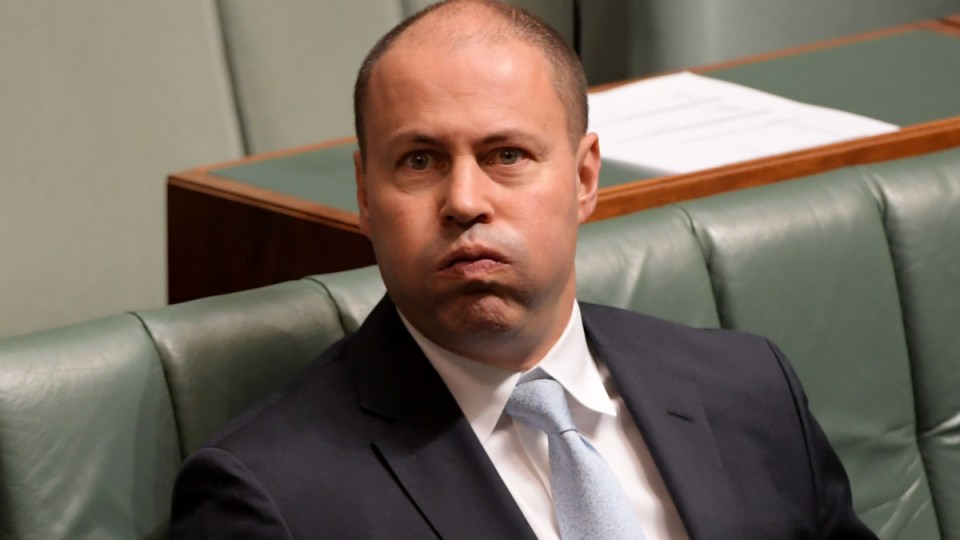 Treasurer Josh Frydenberg has previously maintained that his mother was "stateless". Photo: Getty

Scott Morrison’s refusal to put One Nation last is contributing to “a bloodbath” in Victoria, where the blue-ribbon seat of Goldstein is under threat and senior Liberals are urging the deputy leader Josh Frydenberg to take it up with the Prime Minister.

The New Daily has confirmed that the Liberal Party in Victoria has urged the Treasurer to encourage the Prime Minister Scott Morrison to “resolve” the saga over preferences.

But there is little chance of that, with the PM under pressure from conservative MPs in Queensland to put the Greens last and with One Nation still polling strongly in the sunshine state.

New polling confirming the seat of Goldstein is in play has underlined the threat. It has never been held by Labor.

The polling, conducted by unions for Victoria’s Trade Hall, suggests the ALP is now in front in the seat on a 52:48 two-party preferred basis.

It also finds that a majority of Goldstein voters – 61 per cent – want Mr Morrison to put One Nation last on how-to-vote cards at the federal election.

The Division of Goldstein, which was named after suffragette Vida Goldstein, was created in 1984 and has never been held by the Labor Party. It was previously held by Liberal Party veteran Andrew Robb.

Formerly known as Balaclava, Goldstein is one of the few seats to never be held by the ALP since it was created in 1901.

Victoria has long led the charge for the Liberal Party to take a principled stand on One Nation preferences, with Peter Costello urging the party in 1998 to put One Nation last in his seat of Higgins.

It was a position John Howard at first rejected after Mr Costello’s comments, instead urging the party to still put Labor last.

Mr Howard only came around after One Nation shocked conservatives by winning 11 seats at the Queensland state election.

Liberal MP Tim Wilson, the current member for Goldstein, told The New Daily he hoped the Liberal Party would put One Nation last on the ballot paper.

“I have said One Nation should be last in Goldstein, and I am glad to see my voters agree with me,” he said.

“Goldstein is a forward-looking, modern liberal community that has no time for those that seek to fan division – that is what One Nation does.

“The PM has rightly said there should be no deals, and it is disappointing that Trades Hall and the ACTU are telling people to vote One Nation ahead of mainstream candidates, including myself.”