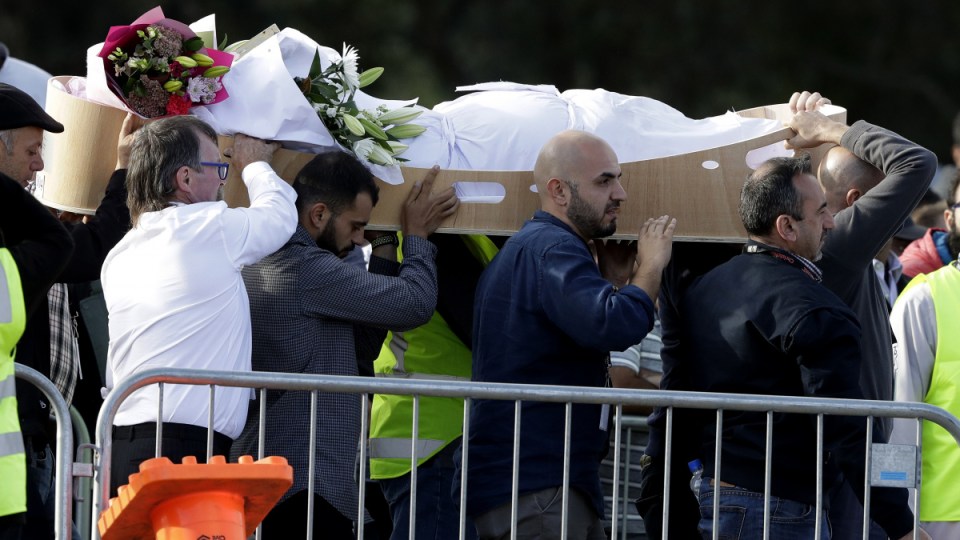 A massacre victim is laid to rest in Christchurch. Could the tragedy have been prevented by proactive monitoring of those with racist and inappropriate views? Photo: AAP

A royal commission will be held into whether New Zealand authorities could have prevented the terror attack on mosques that killed 50 people, Prime Minister Jacinda Ardern has announced.

Since the shootings in Christchurch on March 15, questions have been asked about how the lone accused, 28-year-old Australian white supremacist Brenton Tarrant, was not flagged by security agencies on either side of the Tasman.

While the government last week promised a probe would be held, Ms Ardern confirmed on Monday that it would be a royal commission – the most serious form of investigation possible into failures of government.

“While New Zealanders and Muslim communities around the world are both grieving and showing compassion, they are also quite rightly asking about how this terror attack was able to happen here,” she said.

Intelligence agencies, police, customs and the immigration department will all be subject to investigation.

New Zealand’s two spy agencies have confirmed they were not keeping tabs on Tarrant. Last week, they welcomed an investigation.

The minister in charge of New Zealand intelligence departments, Andrew Little, has denied suggestions authorities paid too little attention to far-right extremists and said there had been an increased focus on alt-right and white supremacy in the past year.

Ms Ardern said the royal commission would look into whether the resources of spies had been directed in the right direction.

Tarrant is known to have participated on internet forums populated by right-wing extremists and foreshadowed the attack online, posting a rambling 74-page “manifesto”.

He also legally bought at least five guns that were used in the attack after modifying them.

Already charged with one count of murder, he is expected to face more charges when he returns to court on April 5.