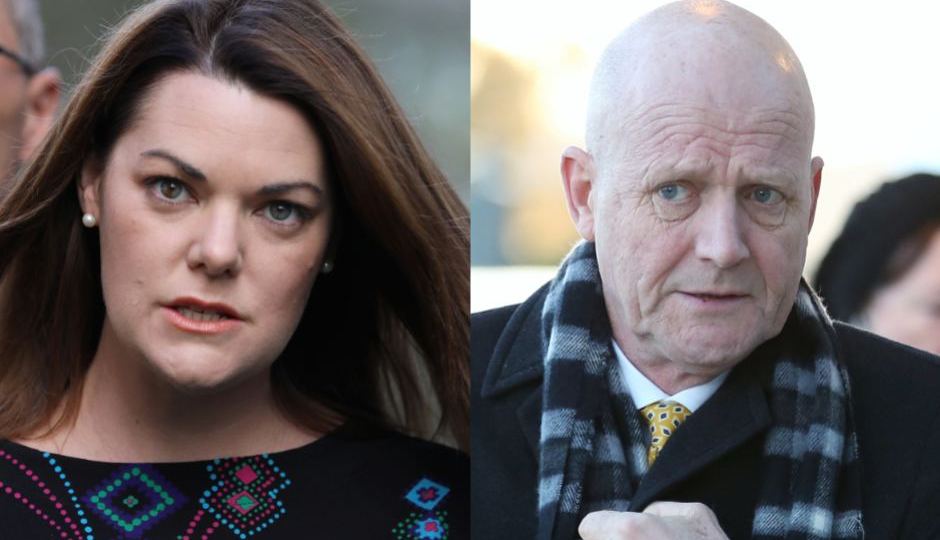 Senators Derryn Hinch and Stirling Griff can be called to give evidence as their former colleague, David Leyonhjelm, defends claims he defamed South Australian Senator Sarah Hanson-Young, a court has ruled.

He said the application to subpoena the senators was “late and unexplained”, but it was in the interests of justice to allow it.

Justice White was also asked to allow a request by Mr Leyonhjelm to seek written responses from Senator Hanson-Young to 72 questions.

According to court documents, questions included information about her sexual history, what the Australian Greens have advocated for and whether her office has received an increase in hate mail.

But he declined to grant the application, saying most questions were “oppressive”.

“It would require the applicant to identify and review her own public statements made before and after her election to the Australian Senate to determine whether they had the character inquired after in any of the sub-questions,” he said.

“The applicant should not be put to that trouble, especially given the lack of apparent utility of the answers.”

Senator Hanson-Young launched legal action against Mr Leyonhjelm last August, accusing him of attacking her character in a media statement and during radio and television interviews in June and July.

She claims he suggested she was a misandrist and a hypocrite and that he repeatedly falsely accused her of claiming that all men are rapists.

Court documents allege Mr Leyonhjelm made the remarks “in order to hold her up to public shame and disgrace”.

Both parties expected to give evidence

Senator Hanson-Young has been preselected as the leading Greens Senate candidate in South Australia for the federal election, expected to be held in May.

Mr Leyonhjelm quit the Senate in February to stand as a Liberal Democrat candidate in the NSW election.

During a pre-trial hearing last month, Justice White asked whether both Senator Hanson-Young and Mr Leyonhjelm would be called to give evidence and the court was told they would testify.

In November, the court dismissed an application by Mr Leyonhjelm to have the case against him thrown out.

He called on the court to stay the proceedings, arguing that the case amounted to an abuse of process because he could not mount a defence without breaching parliamentary privilege.

The Federal Court defamation trial is expected to start in Sydney in April.