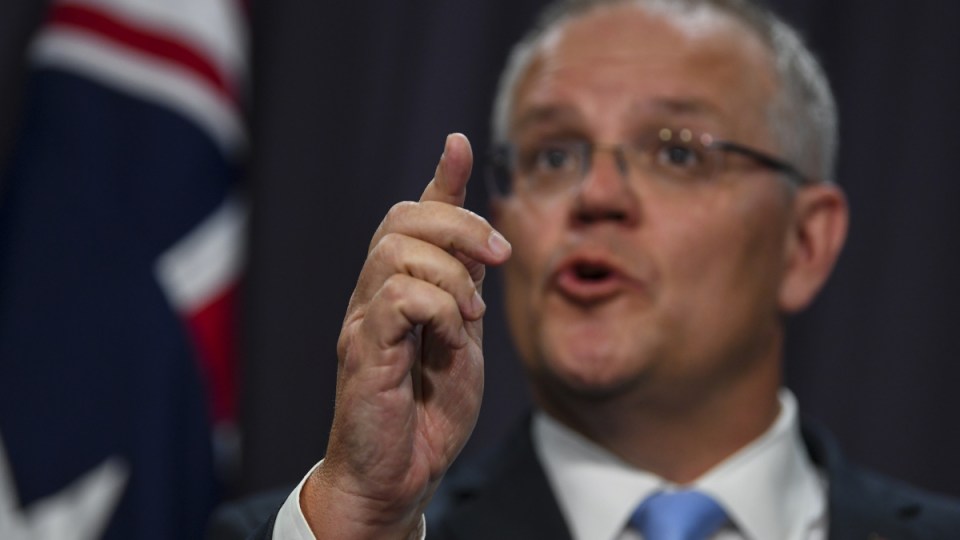 Prime Minister Scott Morrison will reduce the cap by 15 per cent. Photo: AAP

Scott Morrison will today announce a “phantom” cut to immigration of 120,000 over four years matched with an ambitious rail infrastructure plan designed to curb congestion.

Experts have already said the immigration figures lack meaning because while Australia’s current effective intake is capped at 190,000 people, the government has already quietly reduced it through tougher vetting to 168,000. The new cap is 160,000.

Nevertheless, the four year impact of reducing the cap by 15 per cent will collectively reduce the potential immigration intake by up 120,000 over the next four years.

The government will also quarantine around 23,000 of those places in the cap for regional visas, forcing new migrants to go settle outside major cities and potentially relieve congestion in Australia’s captials.

“I want Australians to spend less time in traffic and more time at home with their families. … I want them to be able to access reliable public transport that makes our cities more liveable and convenient,” the Prime Minister said.

A plan for fast-rail links is also expected in next month’s budget, including new commuter lines between Melbourne and Shepparton and Sydney and Newcastle.

Mr Morrison’s immigration plan is also designed to divert migrants and overseas students to the regions, which are crying out for workers and new arrivals.

The new visas will require migrants to live and work in a regional area for three years before being eligible for permanent residence.

“I know we have rural and regional communities that have plans and opportunities to grow their shires, who are looking for more people to come and settle in their districts, to fill jobs, inject more life into their towns and sure up the important education and health services for the future they rely on,” Mr Morrison said.

As the government prepares to hand down its pre-election budget, the Prime Minister insisted that the 15 per cent cut to immigration would have “no fiscal or economic impact to this year’s Budget and over the forward estimates”.

The Morrison government remains deeply sensitive to claims it engaging in “dog whistle” politics over migration and delayed the launch of the policy, which was originally planned for Monday, because of the terror attacks in New Zealand.

“People who want to play politics or run scare campaigns from these announcements are taking Australians for mugs,” Mr Morrison said.

The plan to put a new cap of 160,000 on migrants and to broker a new deal with the states to manage population growth had been widely telegraphed.

But while New South Wales has called for a break on immigration numbers, Victorian Premier Dan Andrews and Queensland have not backed a cut.

Infrastructure minister Alan Tudge said it was clear spending on roads and rail had not kept pace with a growing population.

Mr Tudge said that failure had caused “congestion on our roads particularly in Melbourne, Sydney and South East Queensland”.

But with employers crying out for workers in the big cities, there are questions over whether the cuts will simply lead to more workers coming from New Zealand, for example, to fill vacancies.

Professor Peter McDonald, architect of the current immigration targets,  has warned the new cap would likely to have no real impact for this reason.

“We are maintaining a focus on employer sponsored skilled migration by allocating an additional 3,000 visa places – 39,000 places in total – to ensure Australian businesses can fill skills gaps when Australians are not available,” he said.

International students who study at regional universities will secure an extra year in Australia on a post-study work visa.

Concerns remain over a huge backlog of family reunion visa applicants who have paid $500 million in fees in the hope of gaining permanent residency.