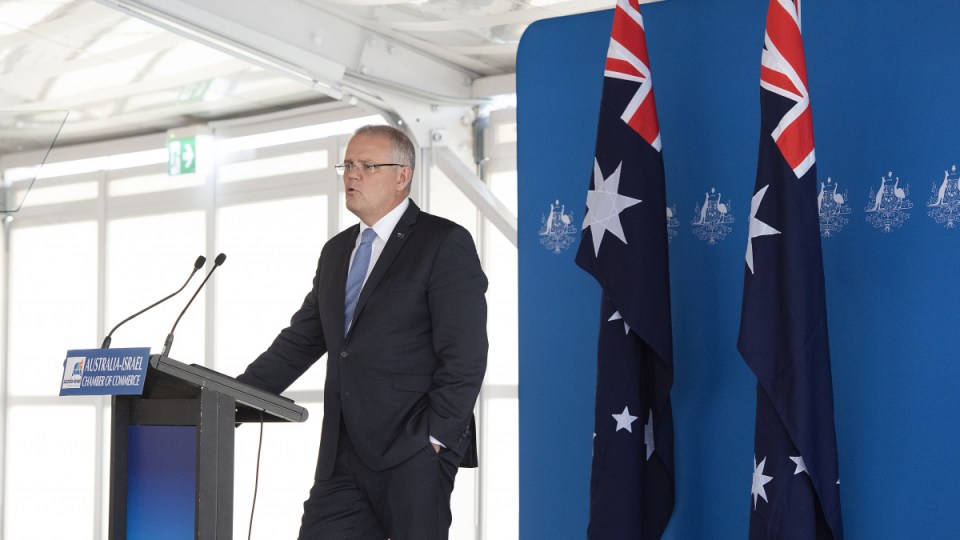 The Prime Minister sought to remove immigration from the Christchurch fallout. Photo: AAP

Scott Morrison has signalled a major cut to immigration as he warned “mindless tribalism” should not be allowed to shut down population debate.

Just weeks before the Prime Minister is due to call a federal election, the government is understood to be considering a new cap of 160,000 new migrants a year.

Mr Morrison called for a free debate on immigration without it being hijacked by those who claim such a debate is racist.

The proposed cap comes despite warnings at the COAG meeting in December that curbing immigration could hit economic growth and face opposition from states other than NSW.

Australia’s immigration intake dropped by stealth to just over 160,000 last year, but the new cap would formalise the position. The current intake is set at up to 190,000 people.

“Just because Australians are frustrated about traffic jams and population pressures encroaching on their quality of life … does not mean they are anti-migrant or racist,” Mr Morrison said Monday.

“Managing our population growth is a practical policy challenge that needs answers.”

Speaking at the Australia Israel Chamber of Commerce in Melbourne, the Prime Minister also called for a unity and an end to the “culture of us and them”.

The speech follows Mr Morrison explicitly labelling the terror attacks as the work of a “right-wing extremist” on Friday and his denial that he has ever urged the Liberal Party to exploit anti-Muslim sentiment.

“It ends in the worst of places. Last week it ended the lives of 50 fellow human beings, including children praying in Christchurch,” he said Monday.

Mr Morrison’s call for unity was echoed by Tony Abbott, who once delivered a speech where he declared that “Islamophobia never killed anyone”.

“Whenever something like this happens, all of us have got to resolve to be better. And I think all of us need to lift our game,” he said.

“Our country has arguably had a bit of a dismal decade and this is another baleful punctuation point.”

Earlier, Home Affairs Minister Peter Dutton declared the Greens were as bad as far-right Senator Fraser Anning after they accused him of normalising hate speech.

“I’m hardly going to take morals lectures from the extreme left, who frankly are just as bad in this circumstance as people like Fraser Anning. They should equally be condemned,” Mr Dutton said.

“We have people on the far-left or the far-right trying to extract political advantage. I think it’s a disgrace.”