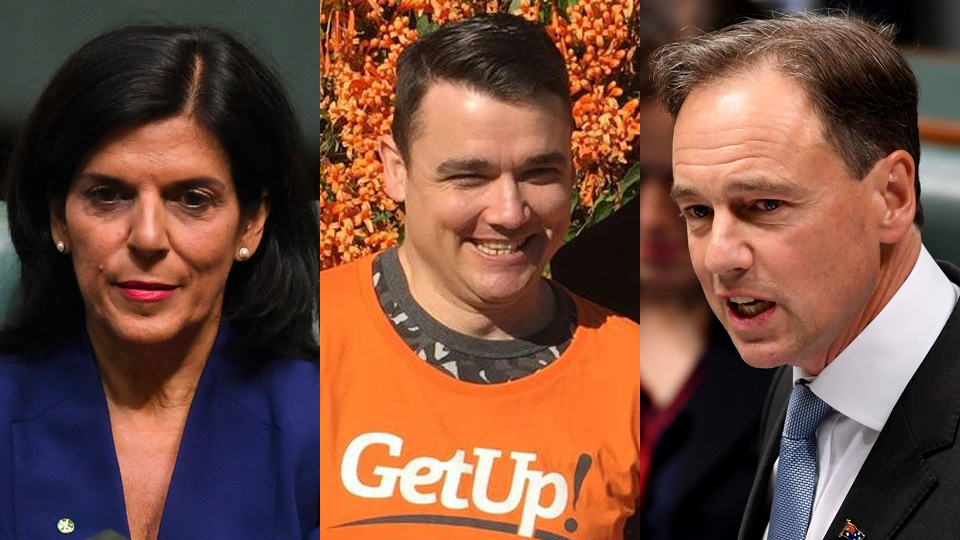 The activist group on Wednesday night confirmed the man it described as the “numbers man for Peter Dutton’s failed leadership coup” is its latest federal election target.

Former Liberal MP Ms Banks quit the party in disgust after the August leadership coup before switching seats from Chisholm to Flinders, where she owns a holiday house, to target Mr Hunt.

GetUp! campaigner Jake Wishart said that the group’s members had declared Mr Hunt the second-most-hated Liberal MP in the state – partly due to his support for the Adani coal mine – in Queensland.

While the group has not yet directly endorsed Ms Banks, its involvement in the seat can only assist the former Liberal.

“Greg Hunt’s repeated attempts to block urgent action on climate change puts him at complete odds with voters in Flinders, and it’s time he was turfed out,” Mr Wishart said.

“As environment minister, he ignored advice from his own department and gave federal environmental approval for Adani, at the time Australia’s largest proposed coal mine.

“More recently as health minister, he voted against giving sick children and refugees urgent medical care through the medevac bill.”

The group has 9000 signed-up members in the seat of Flinders, but has traditionally parachuted campaigners into target seats.

It’s a move that will amplify the campaign of cashed-up unions that are already running robocalls in the Flinders electorate highlighting Mr Hunt’s role in the leadership coup.

GetUp! asked its members to vote in a poll of the most disliked “hard-right” MPs in the country, with former prime minister Tony Abbott scoring 15,000 votes as the MP that the left-leaning group most loved to hate.

“Unseating Mr Hunt and his hard-right mates will unlock the deadlock stopping Parliament from acting on climate change, treating refugees humanely and cleaning up our political system and economy so that people are put before profits. It’s time to ditch Dutton’s deputy,” Mr Wishart said.

A spokeswoman for Mr Hunt said it was business as usual and he was “continuing to work hard in the electorate”.

GetUp! has Greg Hunt’s Victorian seat in its sights