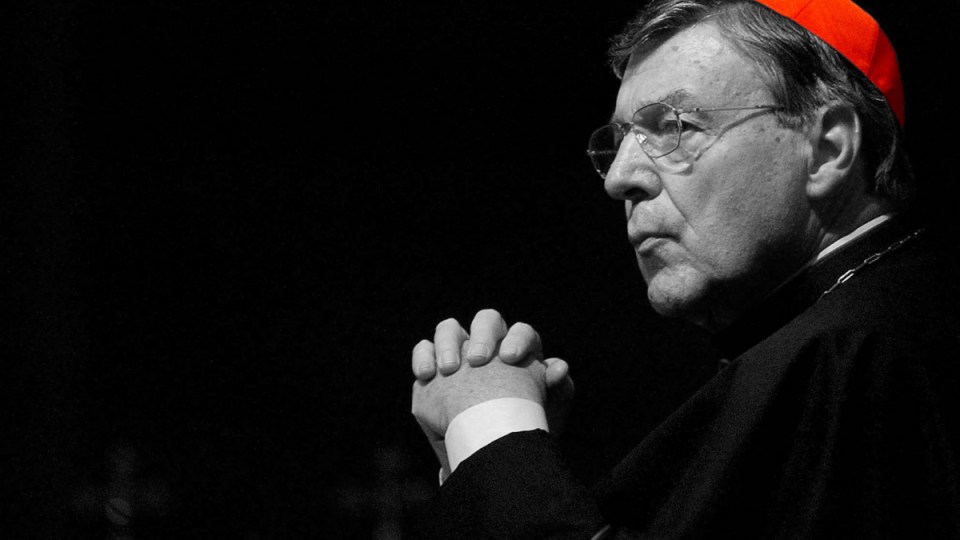 George Pell, Australia’s most senior Catholic, has been sentenced to six years in jail for sexually abusing two choirboys while he was the Archbishop of Melbourne in the late 1990s.

In the courtroom, the humiliation was palpable.

George Pell was led into the dock by five guards and gasps could be heard in the packed courtroom of more than 120 people, including victims’ advocates, supporters and media.

Australia’s most senior Catholic and former treasurer of the Vatican was stripped of his white clerical collar. He looked dishevelled and weary in a black shirt with the top buttons undone, topped off with a beige jacket too big for his frame. His large gold ring was also missing.

His sentencing at the Victorian County Court on Wednesday morning (ADST) was the first time in more than 50 years the 77-year-old senior cleric had been seen in public without the uniform of his church.

Within 65 minutes Pell would also be stripped of his liberty. He now faces 23 hours a day locked in a small jail cell into his early 80s.

Via a sole ABC camera in the jury box, Chief Judge Peter Kidd broadcast to the world that he was sentencing Pell to six years in jail for sexually abusing two choirboys at Melbourne’s St Patrick’s Cathedral in the late 1990s.

Pell stared straight ahead, emotionless but noticeably thinner after just a fortnight in Melbourne Assessment Prison, while the judge told him his attacks were “breathtakingly arrogant”.

Pell will be eligible for parole in three years and eight months.

Judge Kidd – who stressed in his remarks that Pell should not be a “scapegoat” for the clergy abuse crisis buffeting the Catholic Church – found that Pell had gravely abused his authority as an archbishop.

Describing the first attack, after Pell caught the boys drinking wine after mass, Kidd said it was “brazen”, “forced” and “callous”.

“Your offending encompassed two distinct episodes over a month apart,” he said.

The acts were sexually graphic. Both victims were visibly and audibly distressed during this offending.”

Judge Kidd said there was no evidence of “moral contrition” from Pell.

After the verdict, the surviving choirboy’s lawyer, Vivian Waller, read a statement from her client.

“It is hard for me to allow myself to feel the gravity of this moment,” he said. “The moment when sentence is handed down. The moment when justice is done,” the statement said.

“It is hard for me, for the time being, to take comfort in this outcome. I appreciate the court has acknowledged what was inflicted upon me as a child, however there is no rest for me. Everything is foreshadowed by the forthcoming appeal.”

The victim fought back against criticism of his evidence in recent weeks pointing out how only the judge, jury, Pell and the legal teams heard his testimony.

Pell’s other victim died of a heroin overdose in 2014. He had never reported his abuse.

However, some of his female relatives were in the front row of the court on Wednesday. They cried as Pell was led away.

Sano Task Force detective Chris Reed, the informant in the case, was hugged and congratulated by the women.

After Judge Kidd handed down the sentence, a court clerk was asked to take Pell the documents to sign his name on the sex offenders register.

“Take him away please,” the judge said.

Pell got up, briefly bowed, and turned to his left and walked out with the guards.

Pell maintains his innocence and will appeal against his conviction.

Outside, protesters, holding placards and pictures, jeered at Pell’s legal team as they left court.

“You helped a pedophile!” another screamed as Pell’s trial barristers Robert Richter and Ruth Shann tried to navigate a media scrum of TV cameras that briefly stopped traffic on William Street.

For Stephen Woods, who was abused at St Alipius Primary School by the Christian Brother teachers, it was a significant moment in the long legal case that has stretched nearly two years.

Mr Woods, who knew Pell growing up as a child in Ballarat, told The New Daily: “It’s quite amazing to see him go to jail. Never in my life did I think this day would come.”

“We heard rumours years ago in Ballarat and so when the charges were brought through I thought ‘yes, finally some justice’, as there are so many of us who are still suffering and many still don’t come forward because their families don’t trust them.”

For Roy and Rhonda Janetzki, who were both abused in Catholic orphanages, it was also an emotionally charged moment.

They had driven four hours from their home in Wodonga to be at court by dawn to join other members of the advocate group CLAN.

“Three years and eight months is not much for a child’s life,” Mr Janetzki said.

“In my view he’s more or less killed two people, because living with the memories of abuse is a life sentence.”

Guilty Pell stripped of his clerical robes and liberty