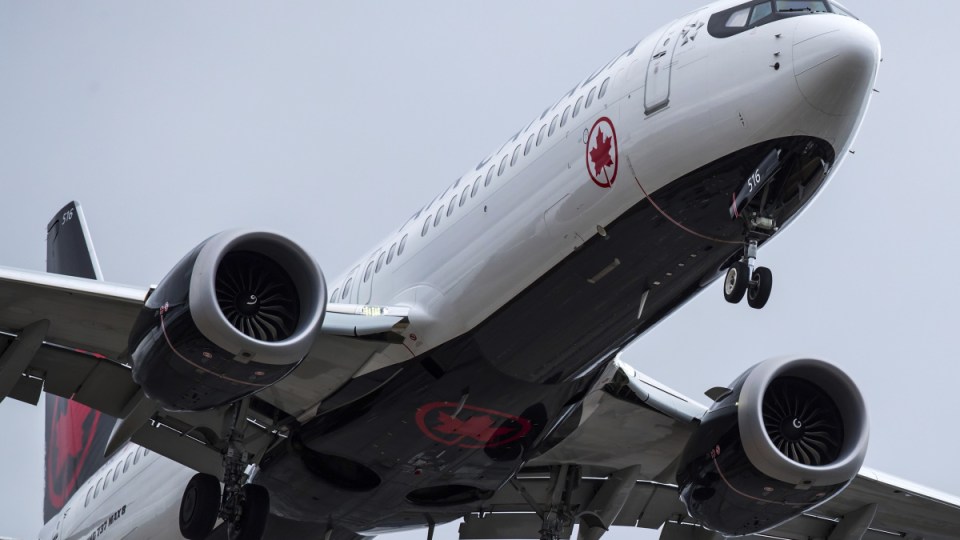 An Air Canada Max 8 lands in Vancouver. Canada and the US are the only major markets where the planes are still flying. Photo: AAP

The US and Canada are the only major markets still flying Boeing’s 737 Max 8 following two crashes in less than six months that have killed 350 people.

US Federal Aviation Authority administrator Daniel Elwell said yesterday the FAA was monitoring data and the performance of the 737s, and saw no basis yet to stop them from flying in the US.

Air Canada, which has 24 Max 8s in its fleet, said it was following the investigation into the troubled aircraft closely.

“We have operated this aircraft type since 2017,” it said. “These aircraft have performed excellently from a safety, reliability and customer satisfaction perspective.”

The union representing Air Canada flight attendants has said its members do not want to be forced to fly on the 737s, amid growing safety concerns in the wake of Sunday’s crash of an Ethiopian Airlines plane.

In Australia, Virgin Airlines said on Wednesday it would not fly any new Boeing 737 Max 8s until it was completely satisfied with the plane’s safety. Virgin, Australia’s second-largest carrier, has none of the planes in its current fleet but it does have 30 on order.

The first is due to be delivered before the end of 2019.

A Virgin Australia spokesperson said the airline had not cancelled its order, but safety was its main priority.

“Virgin Australia will not introduce any new aircraft to the fleet unless we are completely satisfied with its safety,” the company said in a statement.

“We are closely monitoring the situation and will continue to work with Boeing, CASA, and other relevant authorities as more information becomes available.”

Sunday’s crash, in which 157 people died, bore a striking similarity to the Indonesian Lion Air tragedy in October, when all 189 people aboard a 737 Max 8 were lost soon after takeoff.

Singapore’s SilkAir had already grounded its fleet, while Fiji Airways will have to substitute its two 737 Max 8s for other aircraft on flights into and out of Australia.

The planes have also been grounded in the European Union, Britain, New Zealand and China. Airlines in South Africa, Mexico, Singapore and Indonesia have also banned it.

US President Donald Trump weighed in on the issue on Wednesday, suggesting that planes had become too complicated.

“Airplanes are becoming far too complex to fly. Pilots are no longer needed, but rather computer scientists from MIT. I see it all the time in many products,” he wrote on Twitter.

“I don’t know about you, but I don’t want Albert Einstein to be my pilot. I want great flying professionals that are allowed to easily and quickly take control of a plane!”

Mr Trump had reportedly also spoken to Boeing chief executive Dennis Muilenburg and received assurances that the Max 8 was safe.

Boeing said on Wednesday it was closely watching the situation and monitoring any updates about the cause of the accident. It said it had full confidence in the safety of the 737.

Boeing has also confirmed it will enact software and training upgrades across the Max 8 fleet in the coming weeks.

US, Canada the only holdouts on Boeing Max 8 groundings