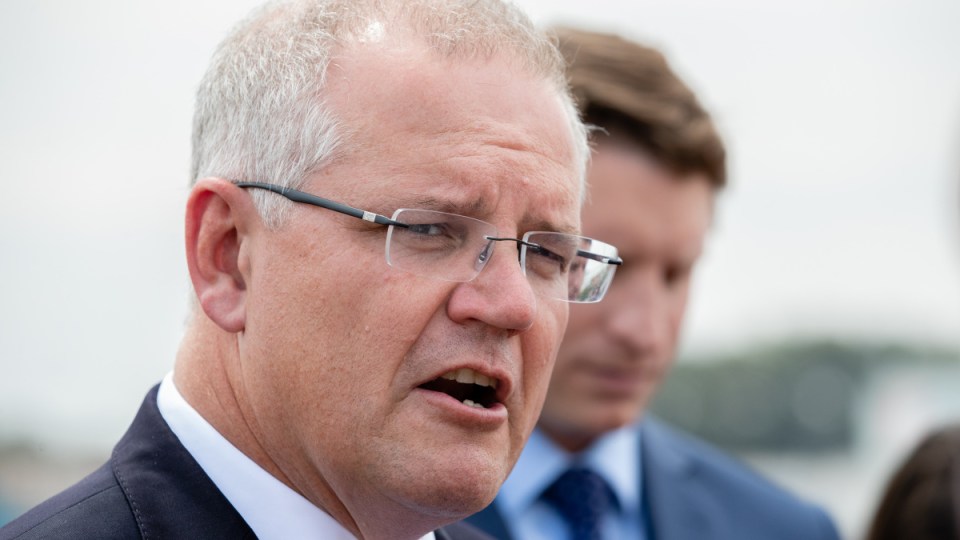 Citing senior government sources, The Australian on Saturday reported the coalition was weighing up additional tax cuts in the upcoming budget.

The tax relief would come on top of the $144 billion income tax plan announced last year, and would be made possible by the improving budget position.

Asked about the report in Perth on Saturday morning, Mr Morrison said he had “always championed” tax cuts.

“Our government, both as treasurer and prime minister, I have always championed personal income tax reductions, reductions in income tax for business, particularly small and family businesses,” he said.

“My record on income tax is plain for everyone to see. Every opportunity I have to reduce the tax burden on Australians I take it.

But Labor dismissed the tax speculation as a “con”.

“You know there’s an election just around the corner when the Liberal Party all of a sudden starts to pretend that they care about working people in this country,” opposition finance spokesman Jim Chalmers told reporters in Brisbane.

“They want to con the Australian people on the eve of an election into believing that all of a sudden they care about take home pay, but they don’t.”

Earlier, Labor leader Bill Shorten said on Thursday the next federal election, expected in May, will be a “referendum on wages”.

He said the enterprise bargaining system needed overhauling to stop disadvantaging companies who try to do the right thing and negotiate wage rises, but are then undercut by new entrants who only pay the industry award wage.

Mr Shorten stopped short of promising to introduce a “living wage” to replace the minimum wage, but says the latter needs to be higher.

“What Bill Shorten has said in the last couple of days basically putting further burdens on the small and family businesses that employ countless number of Australians, and effectively making them choose who will stay and who will get to go.

Meanwhile, Business Council of Australia boss Jennifer Westacott has warned political leaders to be cautious in changing the way wages are set, despite acknowledging the enterprise bargaining system needs to be tweaked.

“What we’ve got to do is make sure that we don’t create a sugar hit in the economy and then see that the result of that, particularly in small business, is less people working or higher prices for consumers,” she told ABC Radio National on Thursday.

But the enterprise bargaining system should not be thrown out, since wages have been growing more quickly among those signed up to such workplace deals.

“Now if there are things that need fixing in it, and I think there are…let’s get that right. But let’s not throw the baby out with the bathwater,” she said.